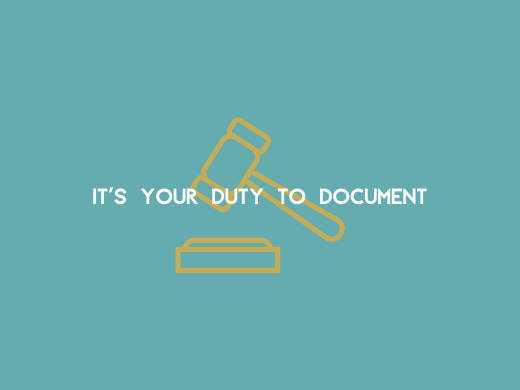 An arbitrator asks a former employee/plaintiff in a wrongful discharge action, “I see that your former company offered you an opportunity to take part in an EAP program. Did you contact the EAP?” The former employee’s flat response is, “No.” The arbitrator then asks, “I see that you were encouraged to fill out a section of this write-up regarding your own performance improvement. It’s blank, though. Why is that?” The apologetic response is, “Well, I guess I didn’t have time.”

The arbitrator continues: “I see. Hmm. Your company paid to send you to a one-day off-site training program on conflict resolution in the workplace. Did you attend that workshop?” The employee responds, “Yes, I did.” Finally, the arbitrator closes: “So you attended the workshop that was paid for. Yet you did little else to invest in your own personal improvement. And you signed a document showing that you agreed that if you didn’t meet the conditions of the agreement, you would resign or be terminated regardless of the reasons for your failure . . . I see no merit in your argument that you were denied due process or that your organization failed to make reasonable attempts to rehabilitate you. This case is dismissed.”

Documenting poor performance and progressive discipline is as much an art as it is a science. Unfortunately, most human resources professionals and line managers don’t have the time to study the nuances of progressive discipline, workplace due process, summary dismissal, discharge for cause, and the like. Even when that theory is mastered, however, there remains the challenge of incorporating all those ideas into a written memo that adequately documents subpar job performance or workplace conduct.

So it’s not surprising that many managers avoid writing up employees like the plague. And without a template to follow and samples to emulate, it’s also no wonder that many managers create memos that cannot withstand legal scrutiny. If the objective of any disciplinary system is to create and maintain a productive and responsive workforce, then disciplinary actions, when they occur, should focus on rehabilitating employees by deterring them from repeating past problem behaviors. It is simply a fact of the modern workplace that you as a manager are charged with this responsibility.

Terminated employees who are successful at winning wrongful discharge claims, on the other hand, typically can prove that they were denied due process—what we call progressive discipline. They successfully argue, with the help of their attorneys, that your company breached its de facto obligation of good faith and fair dealing in managing its employees and in following its own policies. So if you’ve ever scratched your head about losing a case to an employee who flagrantly disregarded work responsibilities, it’s probably because an arbitrator concluded that due process was denied.

In other words, if the step formula outlined in your company’s progressive discipline policy is violated, or if you fail to properly notify an employee that her job is in jeopardy, then you may end up on the losing end of a wrongful termination suit. Ditto if you dole out punishment (i.e., termination) that doesn’t appear to fit the offense. In such cases, arbitrators may conclude that the misuse of your managerial discretion warrants the substitution of their judgment for yours in the handling of a specific worker. Frequently, that results in a lesser penalty (such as reinstatement plus a written warning instead of termination).

It all begins with due process—your efforts to ensure that the employee understands what the problem is, what she needs to do to correct the problem, what will happen if she doesn’t, and how much time she has to demonstrate improvement.

The Elements of Due Process

A legal theory called the job as property doctrine states that employment is a fundamental right of American workers and that the loss of employment has such a serious impact on a person’s life that individuals should not lose their jobs without the protection of due process as later codified under the Fourteenth Amendment to the Constitution.

Affording due process means recognizing the employee’s right to be informed of unsatisfactory performance and to have a chance to defend himself and improve before an adverse employment action (such as discharge) is taken. This property right protection places on management an obligation to deal in good faith with employees and to take corrective action measures based on just cause (i.e., good reason). This just cause requirement, in turn, mandates that businesses take corrective action measures only for clear, compelling, and justifiable reasons. But what exactly are the elements of due process?

A System for Ensuring Due Process

The traditional paradigm is a series of verbal and written warnings about employee performance. It is used to prove, via documentation, that you made a good-faith effort to lead the employee down the right path. Your affirmative efforts to improve your employee’s performance must have been willfully rebuffed despite repeated warnings so that you, as a reasonable employer, were left with no choice other than termination. Keep in mind that you may be required to demonstrate that the discipline was meted out in a fair manner that was consistent with your own policies so that any worker could reasonably expect to be terminated under similar circumstances.

Learn more about how to document poor performance without undermining employees or putting your company in legal jeopardy. Add 101 Sample Write-Ups for Documenting Employee Performance Problems to your work reference materials. 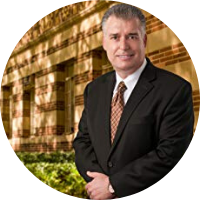