I Was Harassed by My Supervisor, But I Don't Want to File a Formal Complaint

Takeaway: You have to do what you feel is right 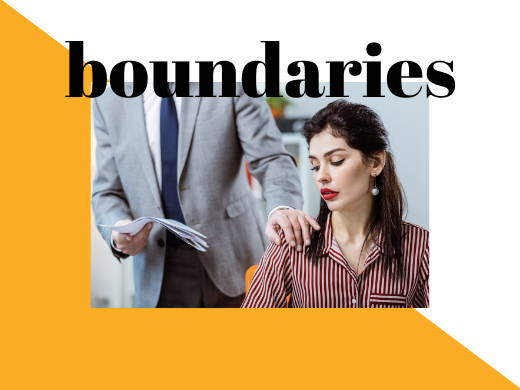 Q: It happened a few years ago, so I know there isn’t much, if anything, that I can do now. But, I want to ask because I hope to save others the eventual embarrassment and shame this event caused me and my loved ones. I had just moved to a new city after graduating college and got my first real job where I wasn’t fetching someone’s coffee. It was for a marketing company that had been around for about a decade at the time. The CEO and the human resources manager were husband and wife, but the culture was great… at first. About two months in, my boss proposed that members of the team train for a triathlon together. As an avid runner and swimmer, I was more than gung ho about this endeavor. When we started, there were three of us. A week later, there were two. And two weeks later, well, it was just me and my boss. The more we trained, the closer we got, but it was always just friendly conversation and meaningless banter. Slowly, but surely, that changed. He started sharing small complaints about his wife with me, which I shrugged off. Then, one day while we were swimming at a local lake, we stopped to take a break. We were balancing ourselves on buoys when he touched my lower back and lingered for what felt like minutes as I decided how to respond. To be clear, this was unwanted contact, which is what I’ve always heard is considered sexual harassment. I’m torn on how to handle this as his wife is the HR manager and I don’t even know if what happened is considered harassment. What should I do?

A: This is a tough one for so many reasons, so let’s start with the end in mind: You have to do what you feel is right. When all else fails, go with your gut and intuition to help you determine the best course of action when you just don’t know how to approach a particular challenge. This is still bothering you several years later, so let’s review this together and determine what your options at the time could have been.

Small, privately owned, family-run businesses pose a particular challenge to begin with. Married couples often run them together, leaving employees nowhere to turn when interpersonal issues arise. This leaves few paths for resolution, especially since business matters can easily flow into their personal lives. Besides, if the CEO’s wife is the HR manager in a matter like this, you really don’t have an HR resource to rely on.

Ultimately, you’ll need to decide whether to ignore it and hope it goes away, confront your boss about it directly, or look to find an attorney who will agree to represent you in a sexual harassment matter.

My advice, given the dynamics of the conduct you’ve described: Go with the second option and address the matter directly with your boss.

If he’s starting to make complaints about his wife in their personal life, he’s heading down the “I’m married but misunderstood” path, which only leads to trouble. The day he touched your back for an extended and very uncomfortable period of time, you were in your bathing suit in the water, placing you in a vulnerable position. That was exceptionally intimidating and inappropriate on his part. So, it’s likely not going away on its own any time soon. Likewise, heading out to an attorney may be a bit premature, especially since the attorney will likely advise you speak with your supervisor first and then call him back if the issue continues or gets worse.

Therefore, the question is, how do you share your concerns honestly with the CEO without making him feel threatened or insulted? Try something like this, either at the time of the occurrence or afterwards:

"Jim, I’m not comfortable with you touching me. Please don’t do that. I’m really enjoying working for you and your wife, and everything is going well, but that makes me really uncomfortable, and I would never want something like this to interfere with my job or get in the middle of your or anyone’s marriage. I hope you can you understand why I feel this way and that we can agree to remain professional.":

"Jim, there is something that has really been bothering me. I thought about our swim at the lake when you touched my lower back while we were floating on buoys. Even though I didn’t say anything at the time, it really bothered me then and it bothers me now. I want to be clear: I don’t feel comfortable hearing about any personal issues between you and your wife, and I don’t feel comfortable with your touching me. I thought this was important for you to know so that something like this will never happen again."

It’s not an easy discussion, I know, but it’s quick, firm, and respectful. You’ll have shared your feelings openly and, equally important, you’ll have created a record about your expectations moving forward, which in turn can support a potential harassment claim should the behavior continue. How will your boss react? If he made a mistake and respects you, he’ll apologize and never cross that line again. Or if he’s smart and realizes there may be some personal liability should the behavior continue, he’ll understand the seriousness of the matter and end the flirting. On the other hand, if his behavior continues or if he retaliates against you in any way, then the legal option may be your only recourse. 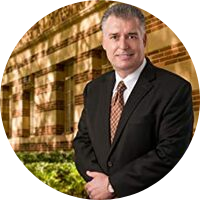 How to Get Advice from Paul

Send questions for publication to gabrielle.reed@harpercollins.com. (Questions may be edited). Join the live chat Mondays at noon. Submit your questions and comments here before or during the discussion.