Will Our Daughters Help Settle Mars? 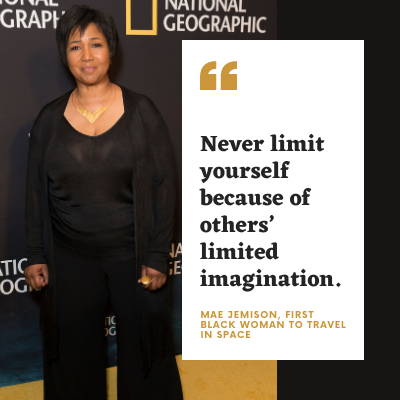 Editor's Note: Read this inspiring story about a woman leading important space research into lowering radiation exposure of astronauts and the high school students who contributed data to support her findings.

Astronauts on the International Space Station (ISS) have exposure to radiation that a physicist from the Belgian Nuclear Research Center measured at 100 to 150 times higher than on Earth.7

Radiation exposure has an impact on human health, but the Center found that not every human experiences the same impact. Different people apparently have varying cellular capacity to repair the DNA damage caused by radiation.

Some people simply have a higher radiation tolerance and seem to walk away from the ISS experience and regain excellent health.

The radiation unit at the Center, which is headed by Dr. Sarah Baatout, evaluates the potential risks of ionizing radiation on health. Her team also researches ways to protect against the harmful effects of radiation. Baatout and colleagues in the field have run the numbers on the differences in radiation exposure on Earth, the ISS, the Moon, and Mars:8

In other words, the biggest threat to safety is posed by the trip, not the destination.

The weight of shielding materials known today makes blanketing a spacecraft in them impracticable, so the concept is to restrict enhanced shielding to certain parts of the ship.

Radiation Concerns for Missions to Mars

That doesn’t solve all the problems, however. Of the three types of radiation that Baatout says will blast the spacecraft carrying people to Mars, one is relatively inconsequential, one is predictable, and one involves serious concerns for humans. They are:

NASA has an official statement on GCRs and how we can deal with them when we transport people to Mars:

GCRs [are] particles accelerated to near the speed of light that shoot into our solar system from other stars in the Milky Way or even other galaxies. Like solar particles, galactic cosmic rays are mostly protons. However, some of them are heavier elements, ranging from helium up to the heaviest elements. These more energetic particles can knock apart atoms in the material they strike, such as in the astronaut, the metal walls of a spacecraft, habitat, or vehicle, causing sub-atomic particles to shower into the structure. This secondary radiation, as it is known, can reach a dangerous level. There are two ways to shield from these higher-energy particles and their secondary radiation: use a lot more mass of traditional spacecraft materials, or use more efficient shielding materials.10

NASA, contractors, and partners in other government space agencies are therefore investigating shielding materials to protect against galactic cosmic radiation. In 2018, they also received substantial help from some high school students in Durham County, North Carolina.

The students speculated that shields composed of radiation-eating mold could be effective in protecting space travelers and developed their theory after learning that Cladosporium sphaerospermum has thrived at the site of the 1986 Chernobyl nuclear disaster.

Led by Graham Shunk, who entered North Carolina School of Science and Mathematics after graduating from high school in 2019, the students got help from Kentucky-based Space Tango in sending samples of the mold to the ISS in December 2018.

When the mold got to the ISS, astronauts put it into Petri dishes, leaving half of each dish empty. Every 110 seconds after that, for thirty days, Geiger counters measured radiation levels beneath the dishes. The students could claim victory when the results came in: the counters measured a 2.4 percent decrease in average radiation levels underneath the mold-cover portion of the Petri dishes. Shunk, backed up by other researchers, theorizes that “if the mold were about 21 centimeters thick, it could provide humans adequate protection from radiation levels” on their exploratory mission to Mars.11

Possible Solution? Hacking Genes to Get to Mars

Having already learned from ISS astronaut/cosmonaut studies that certain people seem to have a high tolerance for radiation, Baatout suggested that this knowledge could affect astronaut selection, but it could also lead to genetic modification of people aiming to travel to Mars. She notes “twenty beautiful biomarkers”12 that seem to protect an individual against ionizing radiation.

Following this premise to the next level, we might speculate that the people best suited for Mars settlement are those genetically well suited to handle radiation—either naturally or through enhancement. Another solution could be pharmacological compounds to boost the body’s resistance to radiation. Microbiologists, physicians, organic chemists, pharmacologists—professionals in many different fields have a role in determining how to make this a reality.

And then, there’s hibernation. The Center’s researchers determined that hibernating animals, with their slowed metabolism for prolonged sleep, have an increased radiation tolerance. Bear biologists have a role in our space exploration program.

Conclusion: Put at least some Marsbound people to sleep for an extended period, give them a drug to boost their resistance to radiation, genetically enhance them if necessary, and put superb shielding on the spacecraft. We are not trying to be simplistic here. These are schemes to mitigate problems we need to examine seriously before we send human beings to Mars. 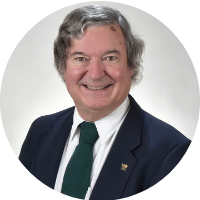 Alastair Browne is a lifetime space advocate and member of national space society. His popular space development blog has over 475,000 followers on Facebook. He is true space junkie who has devoted his life and career to space development. 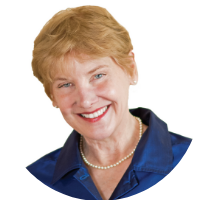 Maryann Karinch has co-written many business, tech, and future-looking books, and she has a lifelong interest in space exploration.

Want to read more? Get the book or audiobook!