Stand the best chance of keeping your resolutions! 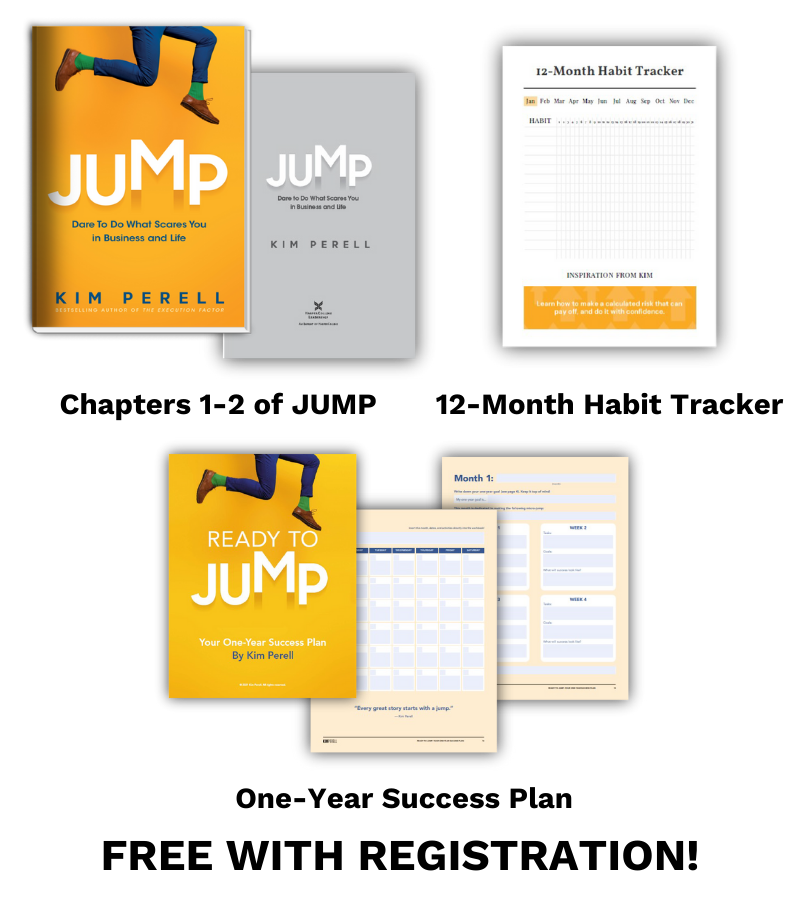 In her WSJ bestseller JUMP, top female angel investor and entrepreneur Kim Perell introduces readers to unique tools for making big changes in their lives. In our free Facebook LIVE challenge, she will show you how to apply those tools to habit formation so you can confidently tackle your 2022 goals!

When you register, you'll receive Kim's One-Year Success Plan AND a 12-Month Habit Tracker to help you visualize your progress on your goals.

In this LIVE challenge, you'll learn...

⬆️ The 5 types of fears that block new habit formation

⬆️ Why changing your habits is the best investment in your life, your career, and yourself

Your JUMP into new habits can be simple!

Experts have found that you’ll be more successful building habits if you make it easy and start small. There’s no smaller step than joining a FREE challenge and no easier way to participate than logging into Facebook! Plus, get instant access to Kim's wildly popular Facebook Group when you register. 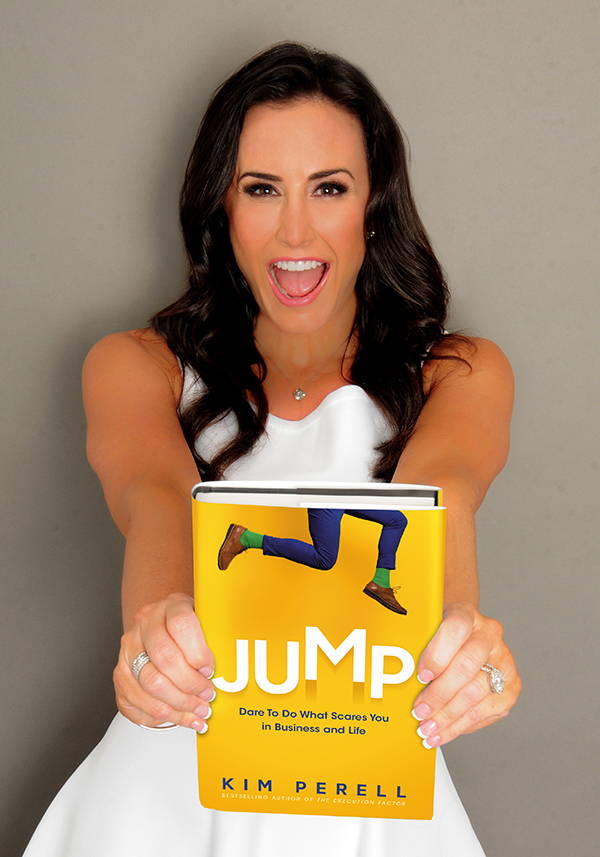 Kim Perell is an award-winning entrepreneur, bestselling author, tech CEO, and angel investor who has made headlines for her transformative story. She went from getting laid off and being broke at 23 to becoming a multi-millionaire by the time she was 30 and selling her last company for $235 million. Kim has spent the last two decades as a CEO in the digital media and technology sector, most recently as the Chief Executive of Amobee, one of the world’s leading independent advertising platforms.

Kim is also a prominent angel investor who has invested in over 80 companies, 16 of which have successfully been acquired, and some of those are now worth billions. Kim has been named one of AdAge’s “Marketing Technology Trailblazers,” Business Insider’s “Most Powerful Women in Mobile Advertising,” and an Ernst & Young “Entrepreneur of the Year” by the National Association for Female Executives.

If you can build new habits, you can change your life

Save your spot for the LIVE Facebook challenge today!

By submitting your email address, you understand that you will receive email communications from both Kim Perell and HarperCollins Focus (501 Nelson Place, Nashville, TN 37214 USA) providing information about products and services of HCF and its affiliates. You may unsubscribe from these email communications at any time. If you have any questions, please review our Privacy Policy or email us at yourprivacy@harpercollins.com.