Through years of developing her own kindness practices and studying those of others, Good Morning America correspondent and anchor Adrienne Bankert has experienced firsthand the unbeatable power of kindness and witnessed its transformative impact on others. In Your Hidden Superpower, you'll learn how to make kindness a habit, engage in kindness at work and enjoy the perks that come with it, and reconnect to yourself and to others through kindness. 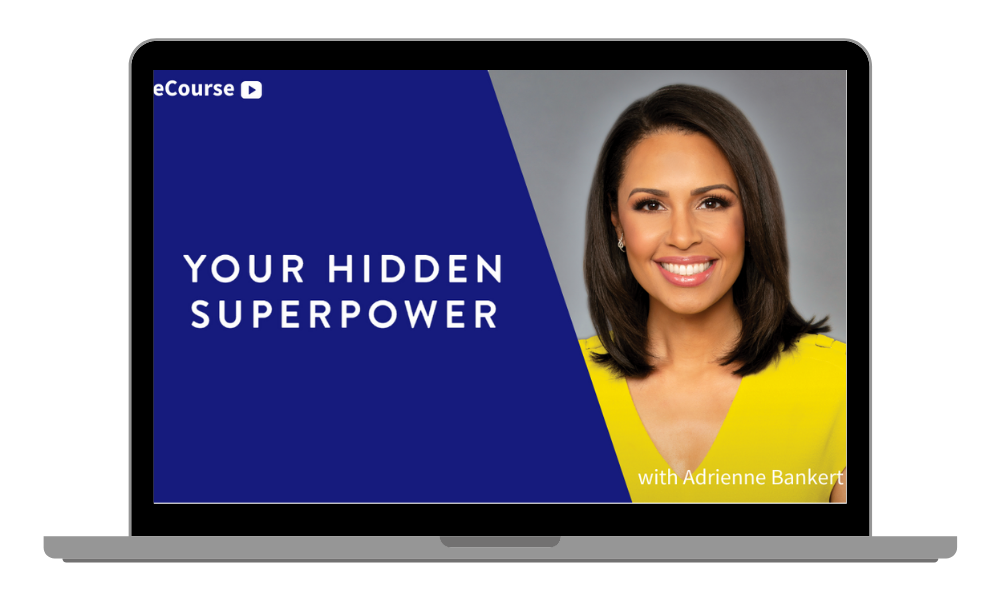 Our bestselling eCourse taught by Adrienne Bankert will teach you how to integrate kindness into your daily life at work and home. Honing Adrienne’s specific techniques including mediation exercises, affirmations, and scheduled moments of kindness and her insights from studying those of others, this 82-lesson, video-based study will teach you practical tips and tools on how kindness can bring new opportunities your career, business, and relationships. If you want to rediscover your passion for work, build stronger relationships, or be a more empathetic manager, this course is for you.

Adrienne is an Emmy Award–winning national news correspondent with ABC News, having won two Emmys for her work as an interviewer, reporter, and weekend entertainment anchor on Good Morning America. She’s known for her versatility and ability to connect while reporting on major headlines.

She will tell you that the genuine warmth and relatability she exhibits in her interviews, and through the screen into millions of homes across America, comes from the habit of practicing connection and kindness.

How her perspective can help you: Adrienne Bankert saw firsthand how the power of kindness could help her get farther not only in her career, but also in her relationships with people. Uncertain about where she would go next and determined to pursue her dream of being on national TV, she took a chance and landed a Los Angeles reporting job. Her new boss told her it was her reputation for kindness that was the key to her being hired. Just a few months later, that opened the door to the biggest break of her life, landing a job at a major TV network.

Her secrets to leading a kind life will help you become a leader people trust and respect during times of uncertainty. Get her strategies for having a bigger impact on your teams, customers, and community in the Leadership Essentials store.

Need help? Contact our helpful Customer Support Team
Monday through Friday - 8am to 5pm CST - 800-250-5308
or submit your question online.