Is the Confidence Gap Between Men and Women Real?

It’s a common belief and hypothesis of many studies that women earn less and occupy fewer leadership positions because they lack confidence, which is typically exhibited by men.

One assumption underlying the confidence gap theory is that when it comes to being successful, confidence matters more than talent, intellect, effort, and competence. Because women are purported to have less confidence, this lack takes a devastating toll on their ability to succeed. Furthermore, it’s why so many female leadership programs focus on building confidence. It’s believed that closing the confidence gap will, in turn, close the larger gender gap in corporate America.

Lack of confidence has also been blamed for women’s failure to negotiate promotions and better wages. In their 2007 book, Women Don’t Ask, Linda Babcock and Sara Laschever argue that the wage gap in the United States is mainly due to how women approach negotiation. They support their argument with an extensive body of research showing that women initiate negotiations less often, and when they do negotiate, they consistently walk away with less than their male peers do. One study cited found that among graduating students at Carnegie Mellon University, eight times as many men negotiated their starting salary. Because of this, their starting salaries were 7.6 percent (or $4,000) higher than the women’s in the study. The authors point out that the women’s failure to negotiate put them behind from the start. Every subsequent raise will start from a lower baseline, and compounded over time, throughout their careers they’ll earn dramatically less than their equally qualified male peers. If you define negotiation as one party wins and the other loses, then yes, the logical conclusion to draw from these experiments is that men are better negotiators. The problem is that it’s only one type of negotiation.

Win-Lose to Win-Win: The Changing Landscape of Negotiation

Over the past decade, the social and economic sciences have changed our understanding of negotiation. Its truer, more comprehensive meaning is “a discussion aimed at making an agreement.” What used to be thought of as a win-lose or clash of adversaries now includes a variety of other styles. In fact, we now know that the most effective negotiations are those that seek a win-win outcome, a collaboration that results in both parties having their needs met. Win-win negotiations produce better results and preserve relationships, which are particularly important in conducting business in the long term.

In the introduction of Women Don’t Ask, Babcock and Laschever admit that women take a collaborative approach more often than men, and that these methods can be superior to the more competitive male approach. However, they quickly dismiss these methods by saying that we live in a male-defined business world, so the female approach, although valuable, can be misinterpreted as weakness. In other words, it’s a man’s world, so we need to discount the unique value we bring to the table, undermine our own strengths, and play by their rules. Not everyone downplays the value of collaboration, however. In his book Never Split the Difference: Negotiating As If Your Life Depended on It, former FBI top hostage negotiator Chris Voss explains that there are various styles of negotiation, and each can be equally effective when done well. He points to a study of American lawyer-negotiators, which found that 65 percent used a cooperative style, and when graded for effectiveness, more than 75 percent of the effective group came from the cooperative type; only 12 percent were assertive. “So if you’re not assertive, don’t despair,” Voss wrote. “Blunt assertion is actually counterproductive most of the time.”

When negotiation is seen through the lens of collaboration, do women still fare worse? Are men simply better at reaching agreements across all situational dynamics?

Can we pause here for a moment? That means more than half of the men refused to give in to their partner’s desires for a fake grill. One they were never going to purchase. One they never really had a preference for anyway. The men didn’t care which grill they got but nevertheless refused to compromise on it. Doesn’t that mean they just wanted to win? Doesn’t it mean that their goal was to win for the sake of winning and not because they wanted the prize? More on this in later chapters [of Lean Out].

So, Who are the Winners and Losers?

When we define negotiation from the male point of view, as a win-lose clash between opponents, women do indeed fall short. But when we expand our understanding of what negotiation truly entails, suddenly things look different. Defining it from the female, collaborative point of view, men fare worse. The conventional wisdom that women lack the confidence to negotiate isn’t rooted in objective truth. It’s born out of a limited perspective, seeing the world through a male lens. In other words, women aren’t worse at negotiating. We only think they are because they don’t do it the same way men do. I’m not claiming that women don’t lack confidence or that many of us wouldn’t benefit from improving in this area. I’m saying that in the workplace, male-dominant behaviors such as arrogance, certainty, and one-upmanship are often mistaken for confidence, when they reflect the opposite. If companies reward such behavior, then it’s the rewards system that is dysfunctional, not the women who are unfairly penalized.

Excerpted with permission from Lean Out by Marissa Orr, copyright Marissa Orr.

Our team had been pulling long nights at the office. This RFP would get our company into the door of a Fortune 500 brand, and we all knew the impact that would have on our bank accounts. But one colleague, the project manager for our 15-person troupe, saw the signs of burnout on all of our faces. Although none of us complained about the extra hours, the project manager took it upon herself to fight for our sanity. She scheduled a meeting with the CEO, and negotiated a brief team outing to allow his employees to rejuvenate and create the best possible response to this make-or-break proposal.

To this day, this woman is the best negotiator I know. However, she is also the most selfless person I know. Not only does she listen to what I have to say, but she connects me with people who might be able to help me with a problem or inspire me to get through a rough patch at work. She views her friends and family as an outlet, and she will find a plug-in that powers anyone to succeed. Do you think collaboration trumps the confidence gap theory? Tell us about a time when you were in a position to negotiate with a superior. Was it a win-lose or win-win situation? Comment below!“~ HarperCollins Leadership Essentials 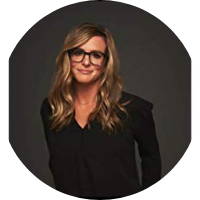 Marissa Orr is a single mom of three who has spent fifteen years working at today’s top tech giants, Google and Facebook. Originally from Miami, Orr received her master’s degree in decision and information sciences from the University of Florida.