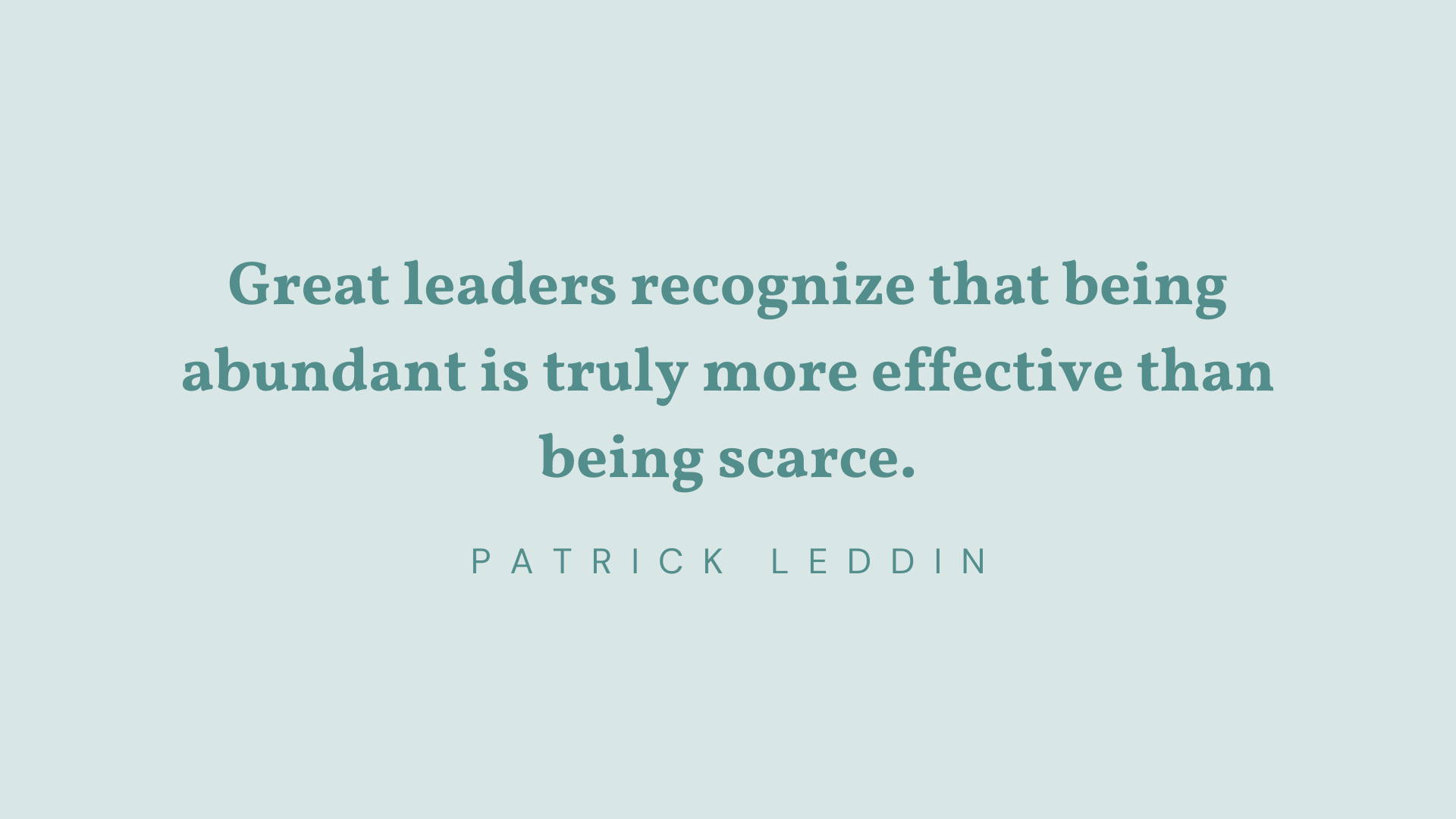 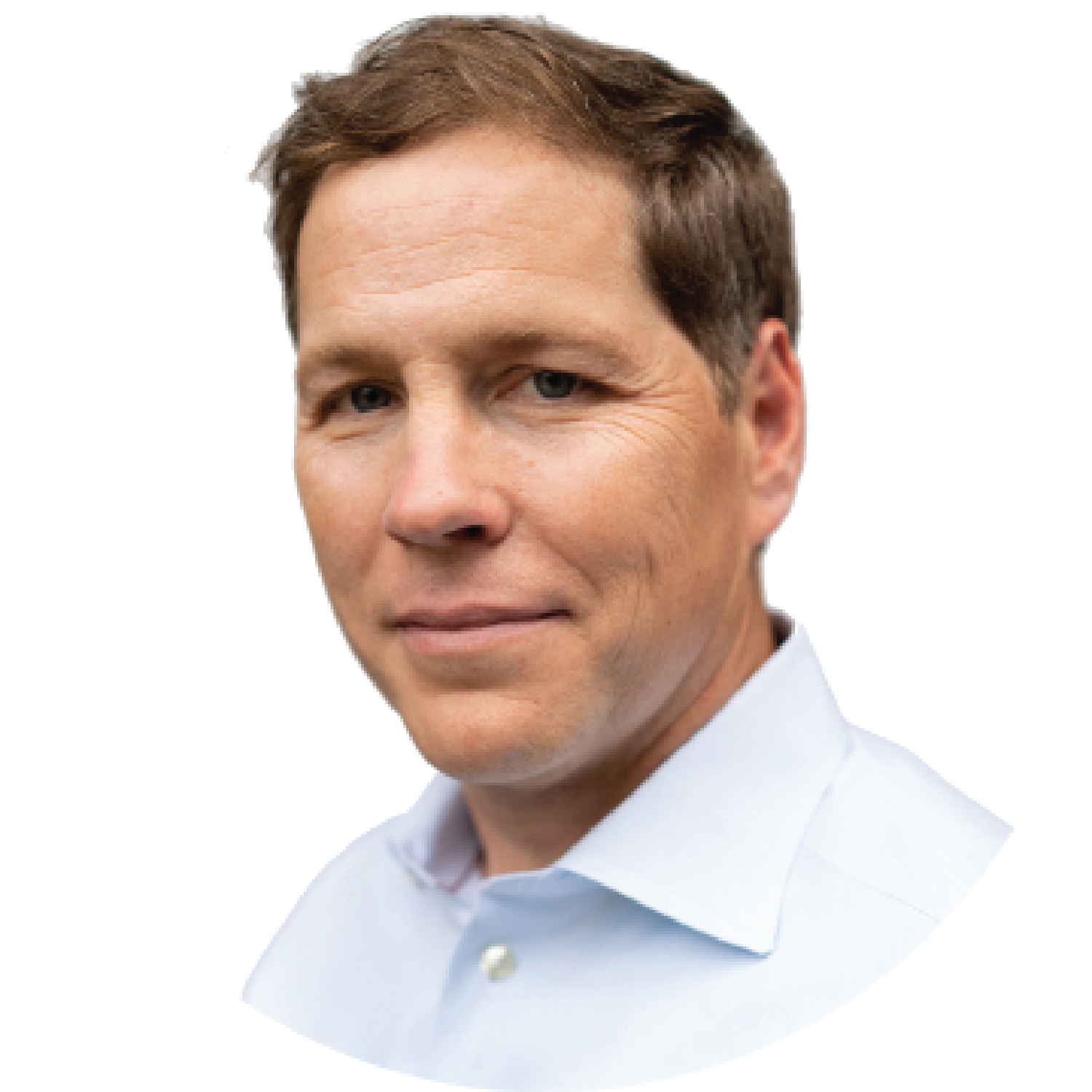 Patrick Leddin has benefited from both hands-on leadership and management experience coupled with academic rigor and expertise. He served as a U.S. Army airborne, infantry, ranger-qualified officer, worked as a Project Manager at KPMG Consulting, and co-started and ran a Inc. 5000 recognized consulting firm.

Editor's Note: The following has been excerpted with permission from The Five-Week Leadership Challenge by author Patrick Leddin.

On the second floor of a fairly nondescript office building, I was interviewed to join KPMG Consulting. Up until that point, I had spent the majority of my adult life in the army, so the job was intriguing on many fronts. The prospect of wearing a business suit every day and helping clients to solve problems was interesting, so when a friend suggested that I apply for a position, I spruced up my resume and filled out the application. I sat for an in-person interview shortly thereafter. Getting a tour of the office, meeting my potential colleagues, and learning a bit about the role sealed the deal. So, when they called to offer me the position, I happily accepted.

What I didn’t understand at the time was that joining the firm as junior consultant was a bit like playing a game in Vegas. You roll the dice and depending on which boss you get and which client engagement you are assigned to, your initial experience in the company could be far different from the person hired just before you or the one hired right after you. In my case, the dice returned a somewhat mixed outcome. On one hand, my engagement proved to be life-changing. I ended up with a client, let’s call him Peter, who was very abundant. Peter valued me, supported my efforts, challenged me, and actively looked for ways to help me and my colleagues win. Peter took my team into his confidence and promoted our efforts with his boss and others in his organization. I have had a lot of great clients over the years, but Peter was top of the top.

The other die I cast didn’t end up quite as well. The KPMG partner, let’s call him Harry, I was assigned to proved to be far less abundant than my client, Peter. Where Peter was helpful, Harry relied on intimidation and fear. Prone to moments of anger, Harry would openly embarrass my colleagues when their projects stumbled. He doled out harsh criticism for all to hear. Fortunately for me, my client work was going very well. The project was expanding, my team was growing, and Peter paid his bills on time. That turned out to be a recipe for success and Harry pretty much left me to my own devices. My interactions with Harry were limited and, due to the demands of my project work, I spent most of my time on the client’s site.

Over time, I learned of another KPMG partner, let’s call him Greg, who operated in a different part of the same nondescript second floor. Those who landed on this partner’s team benefited from a similar fate as those who worked for my client. Greg was also very abundant. He openly praised people who performed well and offered private feedback and coaching when they struggled. His team members enjoyed working for him because they felt supported and encouraged. I’ve spent considerable time thinking about these leaders as they had a profound impact on how I chose to lead others later in my career. Because of them, I have invested much effort to study the concepts of scarcity and abundance. My efforts thus far have yielded eight behaviors of truly abundant leaders.

Collectively, these behaviors are not only the indication of a truly abundant leader, they are more often than not the sign of a genuinely happy and effective one. If you want to achieve sustained and exceptional performance, you should work to embrace these eight abundant leadership behaviors.

Abundant leaders care little about getting credit for themselves. They believe that great ideas can come from any source and there’s no limit on sources or ideas, so they aren’t compelled to steal someone else’s limelight. In fact, they believe that shining the light on those who contribute makes everyone a bit brighter.

Not seeing themselves as the only source of good ideas or fearing the scrutiny that might come from asking others for help and support, abundant leaders willingly and actively solicit the input of others. They do this, not because they want to create a fake sense of involvement or buy-in, but because they believe that the active participation of many creates a better solution.

Abundant leaders pour out trust upon others. This doesn’t mean that they are gullible or refuse to recognize the risks of failure; it simply means they know that in order to achieve the best results today and tomorrow, they must trust others and create a trusting culture. They also know that a culture of trust starts with them.

Scarce leaders don’t take the time to help others. They are too focused on their own career path to care about the journey of another. Abundant leaders not only take the time, but they consider coaching both a duty and a privilege. Helping others become the master is the ultimate reward for an abundant leader.

Because abundant leaders don’t care who gets the credit, they are willing to share their ideas. Unlike individuals who wait to spring their brilliant answer on others at just the right time or those who hold back during brainstorming exercises for fear of sounding foolish, abundant leaders are willing to put their ideas on the table and allow the team to build on, improve, or toss the ideas out as appropriate.

When someone is seeking a door to be opened or a problem to be solved, abundant leaders are willing to make connections among members of their network. It can be a tough balance between respecting the value of a connection and openly sharing that connection with others, but truly abundant leaders have mastered that challenge. They have a bias to connect and share.

Abundant leaders are clued into the needs of others and not just themselves, making them more aware of the unspoken needs of those around them. They recognize when someone is struggling with a task, an emotion, or any other challenge and reach out to them with a word of encouragement and an offer to help.

Great leaders recognize that being abundant is truly more effective than being scarce.

Think of an abundant leader that you know and ask her this question: “I’ve noticed that you choose to be abundant in how you lead others. How has that approach served you and your teams well over the years?"