Leaders who want to instill their values into a team, business, or organization should consider their teaching abilities.

The best way to sum up your goals as a teacher is to teach your people to act how you would act in a particular situation. If you’re confident in your own ability to make decisions—and, as a business owner, you’d better be—use yourself as the template for teaching. If it works for you, don’t be shy about sharing it with others.

How to Empower Employees Through Teaching

You know your business better than anyone else does. And because you have this specialized education, you have the secret sauce to create the culture and customer experience you want to foster and deliver. Your employees will ultimately be responsible for implementing that culture and customer experience. A leader that can function as a teacher is capable of ensuring their vision is executed day in and day out.

Show your team the value of decisiveness

The ability to make quick decisions should be championed throughout all levels of your organization. This comes back to knowing your business inside and out, from the numbers behind your business to your overall understanding of how things work and why. If you have that battery of knowledge at hand, you’re better positioned to make fast decisions. You know what you’re talking about and apply it in a practical manner.

A quick decision not only promotes a sense of confidence about the business—a sense that leadership is connected and in control—it also teaches people the value of being able to think on their feet. This is as valuable a lesson as any that you can share with those with whom you work. Encourage people to use the knowledge they have to make decisions on the fly. Urge them to be creative and approach problems from new perspectives. Tolerate mistakes, as long as someone comes away having learned something from the experience.

Be hands-on and work one-on-one whenever possible.

It’s also helpful to be a hands-on teacher, one who works one-on-one whenever possible to help others learn and improve. I love working closely with my marketing and advertising people to show them how I think an ad or campaign might be improved. They may not love it as much as I do, but I like to think that everyone learns from it—including me.

Sometimes the best lessons are taught in an environment where not everyone is comfortable or, for that matter, happy. To drive home a message, I’ll do certain things that, with the goal of teaching in mind, aren’t particularly nice at the moment.

When we were still relatively small, we had a meeting of general managers. One of them explained that he was actively recruiting new employees and said he wanted to create his own logo to help do that. I wasn’t very happy.

I told him in no uncertain terms that we had a marketing department and we already had a logo and it was in place for very good reasons. I said there was no way I was about to permit a new logo to distract from the overall message of the company. I realized at the time that I was singling him out in front of the others. But I also realized that my meaning was absolutely clear—I knew that no one else in the room would ever do or even suggest something like that again.

Afterward, I went up to the general manager and apologized for how I had treated him. I told him I hadn’t meant to be so hard on him but that he had given me an opportunity to drive home a message. That’s something that happens a great deal, and I always make a point to put my arm around the person and explain why I did what I did. I want their memories about the experience to be short. I want their memory of the lesson learned to be long.

Make good work an expectation, not an exception

Great work should be recognized and rewarded, but remember, doing your job well is something to be expected, not constantly applauded. That comes back to culture. Your culture should mandate top performance. If employees do their jobs well, that’s great, but that’s also to be expected, not recognized as something special or out of the ordinary. Taking a one-on-one approach should be applied to everyone with whom you work, not just certain people.

In my restaurant division I tell my upper-level managers this: don’t ever think you’re too important or too busy to teach a busser or to help train a cook. 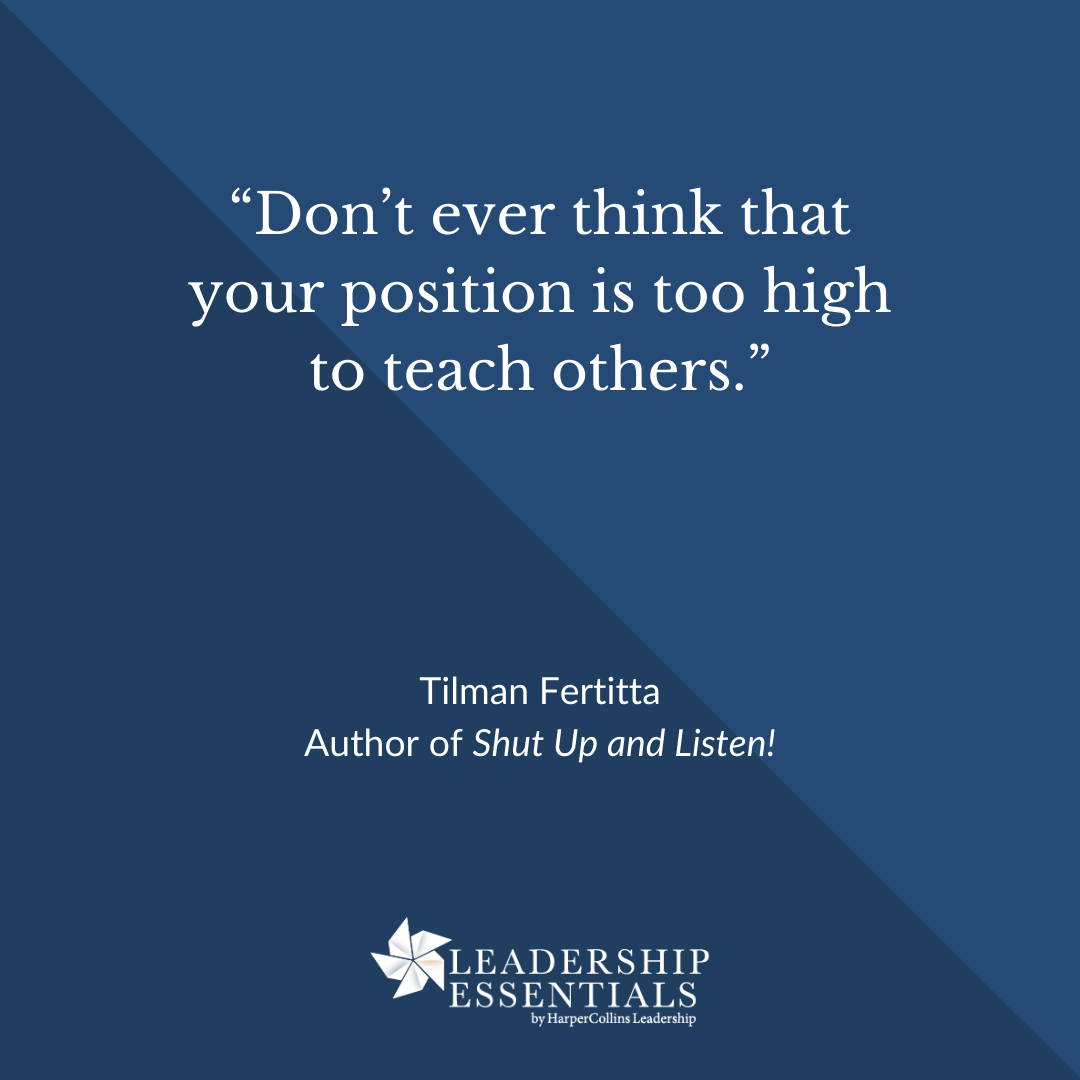 If a manager takes a busser and trains him or her, showing that circumstances and situations are always going to be different—and how to react— you can get more out of five or ten minutes’ training than if the busser took part in a week of group instruction. It also shows that employee something that’s every bit as valuable as any part of the training—he or she is important. He or she feels valued and starts to think, If the general manager is taking the time to show me how to do my job well, then this job is important to the success of the entire business

You Aren’t Above Teaching

One of my most important rules is simple and has everything to do with teaching: don’t think that you’re too important or too high up in a company to teach anyone. As I’ve said before, great leaders are always humble leaders, and that applies to teaching as much as it does to everything else.

If you're like me, you have a to-do list that is longer than the Nile. The only way to get through the tasks is to be in full-on execution mode. But when your head is down, you are likely missing both problems and opportunities in your business. Fertitta encourages business owners to pay attention to their 5%, the part of your operation that you overlook.

For many leaders, the 5% of their business that could be improved might be remedied through one-on-one teaching and leading by example when in direct contact with employees. Wipe away the cobwebs in your mental file cabinet. When is the last time you remember teaching a team member or mentoring a colleague through a new or challenging situation? How did the employee feel and perform afterwards? How did the experience make you feel about your company and your ability as a leader? Join the conversation about great leaders in the comments! ~ HarperCollins Leadership Essentials 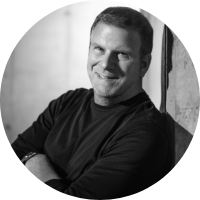 Tilman J. Fertitta is an accomplished businessman and recognized as a world leader in the dining, hospitality, entertainment and gaming industries and is often referred to as "the world's richest restaurateur." The star of his own reality TV show on CNBC called Billion Dollar Buyer, Fertitta is the sole owner of Fertitta Entertainment, which owns the restaurant giant Landry's, the Golden Nugget Casinos and Hotels, and the NBA's Houston Rockets.