The Art of Building Trust in Business: Management

We’ve all heard the saying, “When someone tells you who they are, believe them.” This is true for any leader. A person’s actions speak to their character, and that character will ultimately determine whether or not they can be trusted to lead.

The watchword of any high-trust organization is integrity—and it has to start with those at the top. Leaders in high-trust organizations must serve as archetypes of integrity, and not just at the office or during business hours. For an organization to develop durable trust among all team members, its leaders must be consistent and predictable, having integrated (1) private with public scruples, (2) competence with benevolence, and (3) action with utterance.

Building a high-trust organization, rather than relying on a vague, generalized sense of honor, requires working to establish integrity as its foundation. Without leaders who have integrity in the first place, a leader’s efforts will be perceived as hollow techniques aimed at fooling people into ceding power.

CLOSING THE GAP BETWEEN PRIVATE AND PUBLIC LIFE

Some leaders try to compartmentalize their lives into private and public arenas, filing violations of personal trust under the “private” label. But no matter their competence or charisma, leaders who violate commitments to family, friends, or associates are unlikely to build enduring organizational trust. Personal corruption cannot comfortably coexist with long-term public trust. Even those in the nether regions of an organization will eventually figure out whether their leaders act in a manner consistent with their words and with the stated values of the organization.

The gap between what a leader says and does is at the heart of trust. For an example, one need look no further than the highly publicized breach of trust involving David Petraeus. Over the course of four decades, he became a decorated four-star general in the US Army, in command of all coalition forces in Iraq. Next, he was director of the CIA—confirmed unanimously by the Senate—and was even mentioned as a potential presidential candidate. And then it was over. In 2012, barely a year into his CIA tenure, he resigned under pressure, citing an extramarital affair and his mishandling of classified information. Petraeus’s downfall occurred because of the disconnect between how he behaved privately and who he said he was publicly. His story is a particularly sad instance of the loss of legacy because of a private violation of trust. It proves how fragile—but vital—the connection is. Because Petraeus gave so many years of capable service, he comes as close as anyone to being an exception to the First Law of Trust: being trusted in one arena while violating trust in another. But even one so esteemed professionally could not maintain his leadership once the discontinuity between private and public integrity became apparent. As ABC News anchor Diane Sawyer noted, “People will forgive you for not being the leader you want to be—but never for not being the leader you claim to be.”

Meeting the high-integrity test does not depend only on perceived benevolence. Because one can have a good heart and still be utterly disorganized, unpredictable, or unreliable, the second element of integrity is even more central to trust. This is the requirement that we complement our benevolence with competence. We’ve all known people with high character who can’t seem to figure out how to be on time, complete assignments when due, or to carry out simple tasks such as double checking what doesn’t matter to them personally. While we might trust them to sign checks for us because they would never think of being dishonest, we can’t trust them to be our CFOs or lawyers. 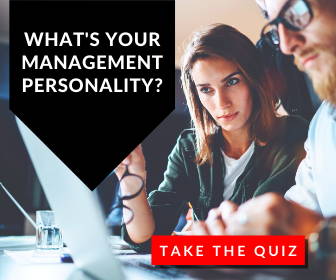 THE TWO SIDES OF INTEGRITY

Growing up as the child of a homemaker and a research scientist, I absorbed lessons in both of these elements of integrity from my parents. My mother was as kindhearted as anyone I’ve known, passing the benevolence test with flying colors, never doing anything to deceive anyone. My father, though not as reliably kind, was deeply competent and capable of delivering results. Neither had mastered the other’s chief reason to be trusted. I could count on my mother’s heart, but not always her ability to deliver. I could count on my father’s reliability, but not always on his benevolence. Each had an incomplete version of the integrity required to build a high-trust enterprise.

In many organizations, integrity is emphasized without sufficient focus on both notions. But building enduring trust within an organization requires not only integrating private honor with public honor and benevolence with competence—it also requires removing the gaps between what we say and what we do.

In other words, organizations will not, and should not, trust leaders if they’re merely virtuous. Followers also need to count on leaders for competent execution, and for little space between action and utterance. In the business world, for example, Starbucks employees tend to trust their place of employment not only because they feel it’s a virtuous company but also because they believe that its CEO, Howard Schultz, does what he says he’ll do, be it about things like the primacy of health insurance or the company’s commitment to hiring veterans.

All trust begins with character. And because character embodies both forms of integrity, what follows are ways to think about personal integrity as an underpinning of trust. Although these observations may seem intuitive, you might be surprised to learn that some leaders view them as trivial, having little to do with realpolitik in the boardroom, in the workplace, or during negotiations. The politics of power, rather than integrity is, in their view, the coin of the corporate realm.

While no one can claim perfect congruence between private and public actions, or complete reliability and predictability around results, there’s a continuum along which we all operate. The further we get from any of these dimensions of integrity, the more likely we are to rely on carrots and sticks and other more primitive applications of power to achieve objectives. And the closer we get to integrity in all of its dimensions, the more likely our organizations will enjoy the benefits of self-directed employees, innovation, and lower turnover.

3 QUALITIES TO LOOK FOR IN MANAGEMENT AT YOUR BUSINESS

In seeking the kind of integrity on which leaders can build organizational trust, they should always remember to:

Just as people pick up on phoniness and instinctively spot say-do gaps, they recognize—and trust—authenticity. Just as kids see parents as examples, for good or bad, team members watch leaders for cues. Incongruence spreads—first to other individuals, then to pockets within a company, and finally to the organization as a whole. So when leaders miss an opportunity to exemplify core values, they sow distrust. Whatever else observers criticized in Steve Jobs’s management style, nobody doubted his commitment to design, even at the risk of market share. Other foibles earned him a reputation as an imperious boss, but many eventually came to trust him, in part because he predictably spent time, money, and energy on exactly what he claimed were his values.

George Steinbrenner, the late owner of the New York Yankees, preached the values of philanthropy and kindness. He, too, could be a management bully. But when Steinbrenner died in 2010 at age eighty, scores of people came forward to tell of his private acts of generosity: unpublicized scholarships for poor children, quiet donations to the families of fallen police officers, letters and visits to past employees and strangers in need of support. Those kinds of quiet actions—backing up his words—carry continuing power for the Yankee and Steinbrenner brands. While generosity does not equal the kind of integrity required by the First Law of Trust, Steinbrenner showed a certain measure of consistency between values and actions upon which trust could build.

A leader can’t build trust on skills, charisma, and expertise alone. Trustworthy leaders show respect, consider the welfare of others, and keep their word. This doesn’t end at the close of the workday; leaders who can’t manage commitments outside the office are far less likely to establish enduring trust with colleagues, suppliers, or customers. If they pretend to have virtues or competencies they don’t possess, leaders risk creating cynicism and a loss of trust. Better to promise less and deliver more in order to build trust.

3) Work on establishing integrity as a habit.

Leaders who strive to do the right thing under any circumstance have developed the discipline to consider the long run, to subordinate themselves to the mission of the enterprise, and to act as a fiduciary for others. Trustworthy leaders are intentional about “fixing things” in themselves, about receiving feedback, and about making changes based on that feedback.

Just as a great mechanic keeps a race car in top condition, high-trust individuals monitor and tune their behavior, striving to do better. In my own case, I decided early on to turn my values into reality before the temptation to violate them appeared. I wrote out a plan to reserve time with family. Shortly after I joined Trammell Crow Company, the founder called me at home on a Sunday, asking me to come to the office to discuss a deal. Although flattered, I nervously informed him that I had reserved Sundays for family and would see him as early as he wanted on Monday morning. This boundary established to me, and to my boss, the values I intended to keep. Anyone wanting to build a high-trust organization must start by looking in the mirror. Doing so will inevitably reveal shortcomings—breaches of integrity—where our actions don’t reflect our words, or our private behavior isn’t up to our public image. Even if you’re not where you want to be, team members who see leaders working on shortcomings will tend to trust them, and enterprise-wide trust will grow.

Excerpted with permission from The 10 Laws of Trust: Expanded Edition by Joel Peterson, copyright Joel C. Peterson with David A. Kaplan.

Last year, I got an incredible contract with a local company. Thrilled at the opportunity to be a part of its mission, I immediately dove into the work. Two months later, right before Christmas, I got a phone call that changed everything. They had decided to save money by bundling services with their marketing company. They told me they loved me, but that I was no longer needed. When I pleaded with them to honor our verbal contract (for months I’d been assured that a written one was on its way) they refused. Though both owners had big hearts and incredible character in so many areas, they lacked integrity when it came to keeping their word.

The lesson I’d learned from that experience was quickly put to the test thanks to a hefty mistake I made when estimating the cost of another client’s project. Would I keep my word at a high financial cost to myself, or would I apologize and walk away claiming the truth—that I’d made a mistake? Had I not seen the price first-hand that comes with a leader failing to sync their words with their actions, I honestly don’t know if I would have chosen to keep mine.

How does the character of your company’s leaders reflect the values of your organization? Comment below with one way they strive to exemplify integrity.“~ HarperCollins Leadership Essentials 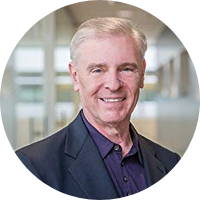 Joel Peterson is the chairman of JetBlue Airways and the founding partner of Peterson Partners, a Salt Lake City-based investment management firm. Joel is on the faculty at the Graduate School of Business at Stanford University and has been since 1992.