The People Styles Model for Gaining Self-Awareness as a Leader

by Robert and Dorothy Bolton September 22, 2020

Self-awareness is key to healthy relationships and communication, whether you’re an intern or the head of a large enterprise. Understanding the various people styles that work around you is the first step to seeing those relationships thrive. 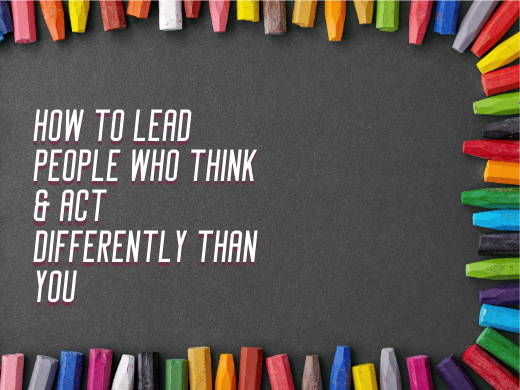 With so many people styles, it’s no wonder that everyone has people problems. Psychological researchers discovered that 75 percent of the population is significantly different from each of us. Three of four people important to your success and happiness:

A people style is a cluster of habitual assertive and responsive behaviors that have a pervasive and enduring influence on one’s actions. The population in our culture is evenly divided between four people styles.

There’s no linkage between one’s style and success or failure. The people styles model fosters increased self-awareness and self-acceptance, as well as a greater understanding and acceptance of others.

After reviewing the history of philosophy, Aldous Huxley concluded that this is the most important question one can ask. The more accurate a person’s self-perception, the more likely she will make the most of her strengths and avoid being brought low by her limitations. Moreover, a high degree of self-awareness contributes to establishing and maintaining good relationships with others.

A high degree of self-awareness is also a requirement for effective leadership. As the sixteenth-century philosopher Machiavelli noted in his treatise on leadership, ‘‘To lead or attempt to lead without first having a knowledge of self is foolhardy and is sure to bring disaster and defeat.’’ Most people find that understanding their people style—how other people perceive them—adds an important dimension to their self-awareness.

Your people style is based on other people’s perceptions of you—not on how you see yourself.

There are no good or bad styles; there are only differences among people. Success or failure is unrelated to any style.

STYLES BASED ON THE DEGREE OF RESPONSIVENESS AND ASSERTIVENESS

In the people styles model, a person’s level of assertiveness is the degree to which his behavior is typically seen by others as being forceful or directive.

Responsiveness is the other dimension of behavior in the people styles model. A person’s level of responsiveness is the degree to which she is seen by others as showing her own emotions and demonstrating awareness of the feelings of others. Individuals who tend to be emotionally reserved are said to be ‘‘above the line.’’ Those who are more emotionally disclosing and more aware of the feelings of others are referred to as ‘‘below the line.’’ 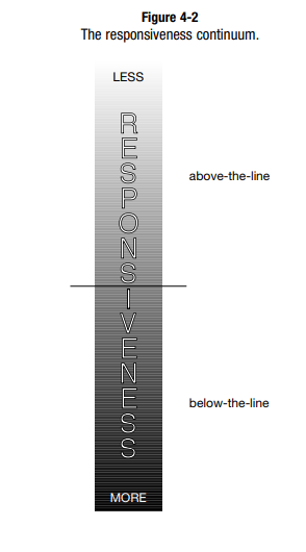 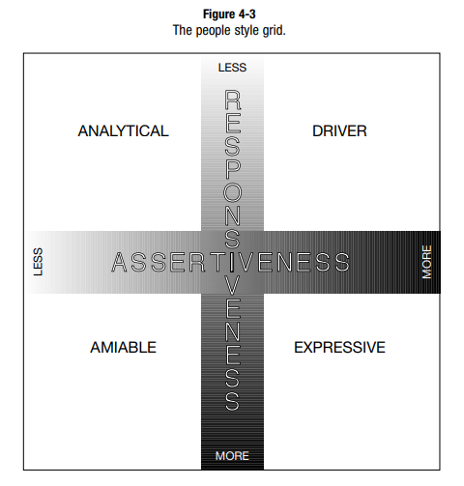 The people styles model assumes that, like everyone else, you have a dominant style. That is, you usually prefer to relate and work in ways that are characteristic of one of the four styles. Early in life, one style emerged as your favorite, and you now rely primarily on that style. Because that style has become habitual, it’s easiest for you to function with those patterns of behavior. This is your ‘‘comfort zone.’’

ROBERT BOLTON, PH.D., is known for his expertise in training trainers. He is a cofounder of Ridge Associates, a training and consulting firm that serves many Fortune 500 companies, and the author of several books.

DOROTHY GROVER BOLTON, ED.M., are known for their expertise in training trainers. They are cofounders of Ridge Associates, a training and consulting firm that serves many Fortune 500 companies, and the authors of several books including the perennially popular People Styles at Work . . . And Beyond.

Want to know your People Style? Get the book!