How to Manage a 10x Employee: Flow States, Deep Work, and Massive Productivity

If you’re lucky enough to manage a 10x employee, you might be surprised to learn that the key to seeing them succeed is more about getting out of their way than showing them the way. 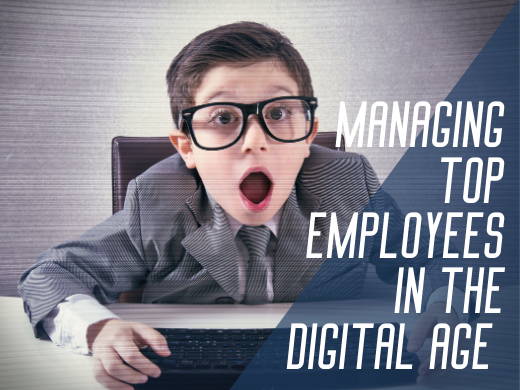 The first thing 10xers need for you to know is that they are not your everyday employee.

By definition, the 10x employee is that rare person with outsized skills, an abnormally positive attitude, and lots of vision, balanced with enough humility to pivot when great advice comes along. When great advice doesn’t come organically, the 10xer solicits it, knowing where and how to look for feedback that will help most. Deep curiosity and enthusiasm are always part of the 10xer’s game-changing makeup.

10xers often work harder and smarter than everyone else in the room. From their perspective, inefficiency is just a bug they’d love to squash. They see a world filled with opportunities and can move on to the next available one when things don’t go their way. They are fundamentally reasonable and willing to accept responsibility for their role in outcomes. In essence, the 10xer alone has the raw materials to go from very good to great to excellent to sublime and beyond. But they may not operate the way you think they should.

3 THINGS YOU NEED TO KNOW ABOUT YOUR 10X EMPLOYEE

Aaron Sylvan, a CTO-level 10xer who has overseen the creation of many start-ups and raised millions of dollars in funding, says, “Real jobs don’t work like homework; the boss can’t always control the difficulty.” To properly manage a 10x talent, the key is creating a space for them to work smart, on their terms. The real 10xers will solve your problems. Your job is to make the problems clear to them, make sure they have the space, time, and resources to solve them, and then get out of the way.

Only They Can Do “Deep Work”

Cal Newport, author and associate professor of computer science at Georgetown University, has coined the term “deep work,” which he describes as “professional activities performed in a state of distraction-free concentration that push your cognitive capabilities to their limit.” In other words, the kind of work that only 10xers can handle.

With a PhD from MIT, five books to his name, and a gaggle of academic papers and blogs under his belt, Newport knows a thing or two about productivity. (For the record, he’s married with two kids and almost never works on weekends.) Newport defines “deep work” as those activities that can “create new value, improve your skills, and are hard to replicate.”

What’s important to note about Newport’s discovery is that it has a grim counterpart, which he calls “shallow work,” activities that are not cognitively demanding. This deceptively simple discovery offers what we think might be the starkest lesson for those who balk at the very idea of 10xers: On the whole, Professor Newport notes that shallow work activities “tend not to create new value in the world and are easy to replicate.” In other words, if you don’t go deep, even work executed by relatively smart, skilled labor won’t get you where you need to go.

They’ll Thrive in a Results Only Work Enviroment

For those in the know, 10x tech talent are frequently nocturnal creatures and often do their best work, their “deep work,” in the wee hours. That’s why flexible work hours and work location are important to the 10xer.

Newport’s work mirrors what psychologists have long called “the flow state,” a term first coined by Mihaly Csikszentmihalyi in 1975 to describe a mental state in which the participant is fully immersed in the act of problem-solving.

Along with Jeanne Nakamura, Csíkszentmihalyi defined the following characteristics that make up a powerful mind flow:

In a recent CNN Business article titled “These employers don’t care where or when you work,”7 writer Kathryn Vasel explores ROWE, a new company modus operandi that stands for Results Only Work Environment.

In a nutshell, ROWE “gives workers complete autonomy, but to be successful, workers need to have clear and detailed goals and metrics.” In other words—work anywhere, anytime. Just get the job done right. It’s a basic day-to-day policy we’ve always held here at 10x Management without knowing there was a name for it. As Vasel points out, ascribing to ROWE can be a company-wide management challenge. “It means giving up the deeply ingrained notion that the best employees are the ones who are always at their desks.”

Jason Rubenstein, currently CTO of Table.Co and a Python / DevOps maven who has worked as both talent and manager, understands the need for this game-changing freedom.

He says he knows a 10x employee when he sees one. “They have the personal discipline to sit down and get the work done, it’s a joy to them. Plus, they always have a subjective level of professional integrity to match their technical ability. I know I can trust them both technically and personally.”

An Outdated Work Model Won’t Work for Them

A former Google engineer who started programming at age ten by teaching himself FORTRAN at his grade school’s lone IBM terminal, Rubenstein has experienced the schism between the old world and the new firsthand. “In the old culture, everyone wanted you in a meeting. And every time you tried to launch a new initiative that involved using remote talent, it was, ‘We don’t do those things. We hire people.’ Even now, if I’m working with larger companies, a big part of my job is explaining how the best 10xers work and managing expectations. Some of those companies are still so stuck in the old world bottle, I’m talking a 1950s, ’60s, ’70s model, where you have a CEO completely freaking out, micromanaging the crap out of everyone.”

A 10x company understands that flow state and deep work trump every other consideration when it comes to productivity. It only requires talent to be involved in essential meetings. Otherwise it lets them do their thing.

The new book Game Changer: How to be 10x in the Talent Economy is your guide to understanding the 10xer. You’ll learn how to identify, attract, employ, and retain the game-changing talent that will make a difference in the work world of tomorrow. 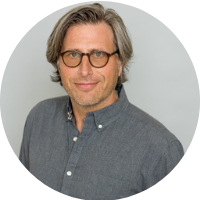 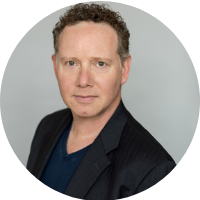 For more than two decades, Michael Solomon and Rishon Blumberg have been revolutionizing the field of talent management, first guiding the careers of rock stars, then bringing their unique managerial acumen to tech talent and entrepreneurs. With the creation of 10x Management in 2012, and 10x Ascend in 2019, they changed the way 10x (pronounced “ten ex”) level developers could find work in the fast-moving tech landscape. By bringing the business model of sports and entertainment representation to the tech world, 10x Management & 10x Ascend have become an invaluable resource for companies seeking coveted tech experts: Yelp, BirchBox, Verizon, HSBC, eBay, Facebook, MIT, BMW, and Vice, to name a few.