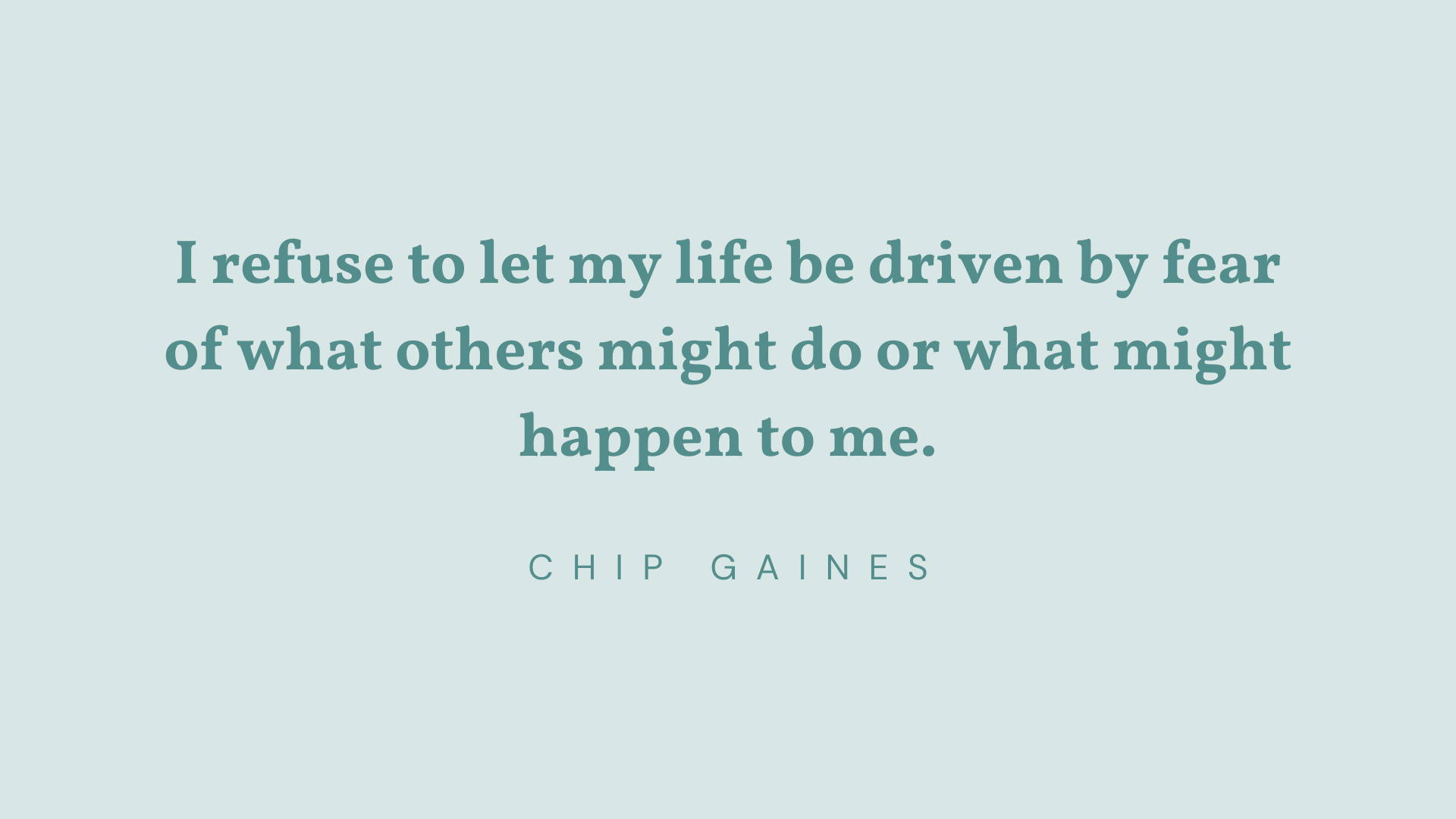 Life has never been particularly scary to me. Between Jo and me, we’ve learned a lot of lessons the hard way. Riding out the turbulence, even living through a few nosedives, has allowed us to see that fear isn’t part of how we’re willing to live our lives. We’ve experienced some of what people deem as the “worst possible scenarios” together, and we’ve come out on the other side.

For as long as we’ve been married, Jo and I have made a habit of just trying things out and hoping for the best. Because we’re not afraid to fail, fear has lost its power over us. This is a really important point to understand: when you aren’t trying to avoid failure, fear loses its foothold. The courage to take a chance is half the battle. The other half? Viewing failure as a teacher and not an enemy.

But not all fear is about failure.

What if someone hurts us or takes advantage of us or steals from us? That’s always a possibility, but we can’t let fear be the deciding factor that holds us back.

I have a long history of believing the best about people. I never fear a stranger without good, verifiable evidence, and usually not even after that. If faith in others bites me in the butt, so be it— and Lord knows, it has a few times.

I’ll give you an example.

Back when Jo had her original Magnolia Market, which we nicknamed the Little Shop on Bosque, I hired a couple of neighborhood kids who couldn’t have been older than fifteen. The area where the retail store was located wasn’t exactly the best part of town, so when they came by asking to help, there was no way I was saying no. I was actually proud that they wanted to earn money, so I immediately put them to work. They primarily unpacked boxes, helped clean and pick up around the property, and did a few other odd jobs. This went on for weeks.

One day after closing I went out back to mow the lawn, which ended up taking a good bit of time. I left the boys inside the shop with a punch list of closing duties like sweeping the floors and cleaning the bathroom. When I came back in to tell them they could call it a day, I was surprised to see they were already gone. Initially, I just kind of thought, Wow, good work, boys— way to get after it. It took me a while to realize that something was off, but I didn’t fully understand what had happened until Jo came back the next morning and discovered the cash drawer was completely empty. After that night, we never saw those boys again.

Now, here’s where believing the best about people comes in. I can judge myself for my unwillingness to lock things up, but who am I to judge the people who actually stole from me? I like to believe that the truck thieves had somewhere they really needed to be and my apartment robber(s) were really hard up for a CD collection and some fresh undies.

What still gets me, though, is the kids from the Little Shop on Bosque. Those boys worked so hard all that time, and then out of the blue they made this one bad decision. That leads me to think they had an urgent need for that money. I would have gladly given it to them if only they’d had the courage to ask for it.

The point is, rather than changing how I operate, I choose to think better of people than they might even think of themselves. Even if I got all up in arms about these things, who am I to jump to conclusions? I don’t know their story, so I’m not going to make snap judgments about them.

All that to say, I will probably continue doing these same things that I have always done. Some might say I’m irresponsible, being a poor steward of my things, or tempting fate. The reality is, it’s just what I’ve always done. And I refuse to let my life be driven by fear of what others might do or what might happen to me. 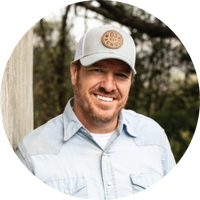 Chip Gaines is the co-owner and cofounder of Magnolia and a New York Times bestselling author of The Magnolia Story and Capital Gaines: Smart Things I Learned Doing Stupid Stuff. He is constantly reinventing the wheel on what we can achieve together and is always eager to give back to individuals and communities.