Victoria Montgomery Brown is the CEO and co-founder of Big Think, a knowledge company that congregates insights from top leaders. Her book, Digital Goddess, reveals the challenges female entrepreneurs face and how she overcame them while building a company in a world that wasn’t fair, predictable, or politically correct. 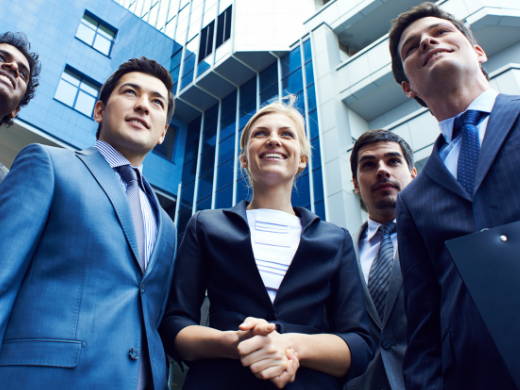 Being the only woman in the room can be tough. It can be a lonely place, and it’s easy to lose confidence or believe you don’t belong. I’ve learned along the way how to be confident and ask for what you want. Be fearless. The only downside is a “No.” As our lead investor constantly said to me: “You don’t ask, you don’t get.” Women sometimes have a tough time asking. Go for it.

Many powerful men want women to succeed professionally and are willing to help. You just have to ask. I reached out to John Seely Brown around 2010. He ran Xerox Parc (research center), was on the board of Amazon (among others) for twelve years and is one of the most respected innovators of our time. It was a cold, bold outreach. I showed him I respected him, played at his level, and made it clear we had a mutual mission: helping people be smarter and better. I invited him to be a guest on Big Think when he was next in New York. He came on, was impressed with what we do, and wanted to learn more. We spent time together, and he got to know us better. I thought that he’d be a perfect advisor for Big Think, given his background. But it was a big ask to someone so distinguished and who generally gets paid to do this sort of thing. He actually agreed. More than that, he invested his own money to help us grow.

Listen to the first chapter
of digital goddess

Months later, John asked me to be a panelist at the Aspen Institute for a three-day roundtable event he puts on every year with exceptional people from different backgrounds to discuss a particular topic. To say the attendees were intimidating to me, professionally, is an understatement. I did not feel I measured up. While I’d started my own company, I truly was the least qualified to be there based on my overall business experience. All of the people there were rock stars in their particular space—like David Stern—and I was an unknown entity. It was stressful for me from the start.

There was a dinner the night before the event began, where we all had to stand up and introduce ourselves and describe what we did. As I heard everybody’s background, I thought, I don’t belong here. Surprisingly (to me), when the dinner actually began, people were really interested to learn about me and Big Think. Despite this, I did still have some of the dreaded imposter syndrome.

The next day, participants were seated around the table, discussion was seeded and moderated, and each person was expected to participate. I felt like I was back in HBS, where a large part of your grade was based on participation. Stress! While I knew I didn’t have to participate, I was aware that I was taking up a seat that could otherwise be filled by someone who would. So, I forced myself to participate.

ACCEPTING MYSELF AS A WORTHY CONTRIBUTOR

That feeling I had—of being less valuable and qualified than others at the table—is all too common for women at work. In my case, it turned out not to be true—and I bet that that is the same for most other women too. I will say that the men, for sure, dominated the conversation. But I noticed that men were eager to hear the women’s perspective, including mine, as it led to different lines of thought. Despite my intimidation, I contributed.

At lunch on one of the days, my then boyfriend and I were looking for a place to sit and there were spots beside David Stern. We went and sat down. This man is brash as can be and no bullshit. Over the course of the lunch, he learned about Big Think, I got his information and several weeks later, when I was back in New York, I asked him to be a guest on Big Think. He came and we chatted after the interview, and he asked me about our financing. Long story short, he became an investor and an unlikely friend to me. He liked our frank conversations. He even coined the term “Digital Goddess,” just for me.

Over the years at Big Think, I’ve been to countless events when I’ve questioned why I was invited to attend, much less participate. It did me no good. What’s the point? I was and I did. Might as well get on with it and make it worthwhile. Counting myself out as a meaningful “token” contributor—a “diversity admit,” as they say—was stupid. It belittles me and those who had the wherewithal to invite me to participate. My notion was, Well, I’m with this group because they need a young(ish) female to counter all these dudes. Guess what? That was underestimating the value I could and actually did provide, which led to new insights in an otherwise homogenous context. I was worthy and, in fact, a differentiator.

EMBRACING THE BENEFITS OF BEING “DIFFERENT”

By being yourself, learning how to be confident, making bold decisions when appropriate, and embracing others as allies and mentors, you can actually use the situation as the only woman in the room to your advantage. And it can be really enjoyable to be “different.” Often, it makes people want to talk with you and it provides opportunities that don’t exist for others.

Countless times, I’ve had the chance to speak with people who are usually difficult to approach or engage with because they are interested in stepping out of the predictable conversations or interactions they’re having with businessmen. I provide a glimpse of something different, and I like to think, perhaps even a learning opportunity to expand their horizons and ways of thinking. 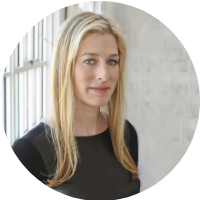 Victoria R. Montgomery Brown is CEO and co-founder of Big Think, the knowledge company that makes people and companies smarter and faster through short-form video with the world’s best thinkers and doers. Since founding Big Think in 2007, Victoria has built the company from a fledgling thought-leadership media platform to the leading knowledge company for ideas and soft skills. As CEO, Victoria oversees and directs strategy, fundraising, and investor relations.