How to Overcome Objections By Focusing on the Negative

Former president of distribution at Walt Disney Studios, Dave Hollis, shares how to overcome objections from others' through his story of accepting his vulnerabilities as strengths. 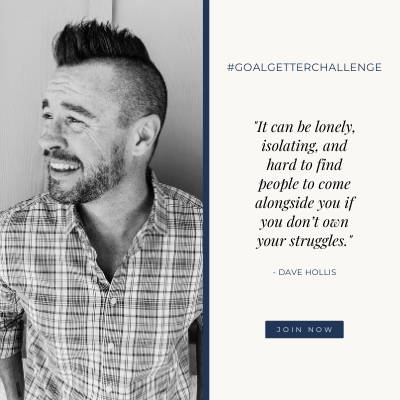 Be it at 20th Century Fox, the talent agency BNC, Merv Griffin Enterprises, or Disney, I have negotiated business deals for the better part of twenty-five years.

These deals involved the biggest names and brands in entertainment, generated billions of dollars in profit, and the incremental benefit from these transactions improved the economics on “our side” by ten-digit swings.

When I first started, I was clumsy.

I approached things with brute force and adversarial confrontation, which set a tone that didn’t always make things go as well as they should.

I believed I needed to show unwavering strength at all times to get the outcome I was looking for. I believed I had to put on a facade of “having it all together” so I wouldn’t somehow compromise my negotiating position.

Every single time, I’d go in combatively and the other side would come back at me with the list of reasons why my strong position wasn’t reasonable, tenable, or appropriate. I didn’t know how to overcome objections the other side presented. Combined with my attitude, this created a gulf we had to cross to reach a deal and usually strained the relationship, requiring way more work, so much more emotion, and often resulted in poorer deals. 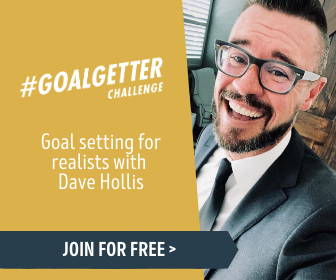 THE DAY EMINEM CHANGED THE WAY I DO BUSINESS

Then I watched 8 Mile.

Yes, the movie about Eminem as B-Rabbit, a white rapper in Detroit trying to make his way out on the back of winning rap battles. That 8 Mile. The end of the movie features an underground tournament championship pitting Eminem against Anthony Mackie (yes, Falcon was a rapper first).

Eminem led with everything negative that could be said about him in this battle: he was white, he lived in a trailer with his mom, he’d gotten jumped before, and his girlfriend was unfaithful (it’s unbelievably more graphic, but you get the picture). He didn’t put up a front. But, in admitting everything that his rap battler could possibly use against him, by embracing confidently that he absolutely did not have it all together, he took all the power away from his opponent. So much so, spoiler alert, that Mackie didn’t even try to come back with a rap after this devastating performance.

It turns out inspiration really can come from anywhere.

HOW TO OVERCOME OBJECTIONS BY DECONSTRUCTING YOUR WEAK POINTS

I started every negotiation differently from that point on. I thought about what they would come at me with, which of my position’s weak points they’d attack, and I brought them up before they did, addressing them honestly and cutting off the possibility that they could exploit those weaknesses or surprise me with them.

When I first acknowledged what could be seen as weaknesses, addressing them before pivoting to what we needed from the deal, the other side was left with fewer moves. Part of this was because of the surprise of hearing so transparently from us, but part of it was because we’d inoculated ourselves from the most powerful barbs they’d have thrown at us if we hadn’t already deconstructed them ourselves.

THE VALUE OF AUTHENTICITY OVER IMAGE

It can be lonely, isolating, and hard to find people to come alongside you if you don’t own your struggles. If you’re basing relationships on a front of everything being okay, are you really building an authentic relationship?

As someone who for too long believed that representing strength was the way, I can tell you with certainty that it was only when I began connecting with people as my authentic, everything-not-all-together self that I was able to form relationships that were deeper, more meaningful, and available to support me in the seasons I needed them most.

The same authenticity, which helped me form genuine relationships, also allowed me to serve my clients well because it taught me how to overcome objections by simply owning up to potential weak points. Whether I’m negotiating a deal or sitting around the dinner table, I've seen the value of authenticity first-hand. Who in the world would have guessed that Eminem, of all people, would have such an impact on my life? Without knowing it, he taught me one of the greatest leadership lessons I've ever learned—the value of leading with the negatives. 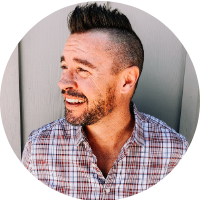 Dave was previously president of distribution for the Walt Disney Studios until he left to apply his experiences to the expansion of the Hollis Company. He serves as a life and career coach to professionals who feel stuck and need direction. He is the author of Get Out of Your Own Way.