Organizational culture is like happiness. Everyone wants it, but few know how to attain it.

There are five elements you can use to create, change, and/or maintain culture. Intentional leadership is about doing culture by design, not default. And as you’ll read in the various organizational examples in this book [The Intention Imperative], successful leaders aren’t just clear on what they want their culture to be; they are also specific about what they do to create and maintain it.

Imagine your organization’s culture like a pyramid. At the bottom of the structure is the foundation, the sturdy, large bricks that will have to carry the weight of everything above. The irony is that this is the level that is the most esoteric: How do you do business? What is the philosophy of your organization? What does it believe and what does it strive to do—beyond making a profit? What do you value? What is sacred and immutable? What matters most, not just in what you do, but also in how and why you do it?

Some organizations call this a mission statement. Others paste their values in list form on a plaque. The end result is less important than the process of discovering your organization’s governing philosophy. It is the beginning of the conversation with your organization, your executive team, and your employees. It sets forth the rules of the game, while at the same time explaining the conditions for victory. Here’s where we want to go, but here’s how we’re going to get there.

The “but” is important. Being the leader, the best, the industry standard, is the goal, but the way you get there is your philosophy. And a philosophy acts like a guardrail—it keeps an organization and its people on a path that adheres to a set of core values. From the CEO down to the janitor, all members of the organization are expected to conduct business within these guardrails. Departure from the specified path might not necessarily mean termination, but it should be condemned and corrected.

And that’s the second part about philosophy: enforcement...The intentional leader not only helps devise these values, which often can be a reflection of her leadership style, but she also must embody them…It’s often simple actions like that that enforce a standard of behavior and conduct in an organization. If the leader does (or doesn’t do) it, then the rest will follow. Find your philosophy, then hold to it.

There have been times when I overemphasized the skill set an applicant brought to the job but never considered the cultural mind-set. Put simply, the best leaders hire for culture, not just function. The reason that an organization’s philosophy forms the base of the culture

pyramid is because all other decisions flow from that, particularly the decisions to bring on (or remove) personnel…Whatever values you hold dear as a leader should be in evidence within your workforce.

Education changes what people think, and training changes their ability to do. Both are about learning and are important in shaping culture, but I’d put my biggest bet on education.

Hiring the right people who fit your culture doesn’t help much if they don’t understand how culture impacts their work. How overtly do you talk about culture in new employee orientation and training? Most companies don’t spend any time on it because they aren’t clear on what they want their culture to be. So they can’t very well teach it.

Education, as cited in all the case studies of this book [The Intention Imperative], is always at the top of the list for getting people up to speed quickly. Not just on what they do but also why they do it—and how culture needs to direct their efforts.

In the world that was, salary and benefits were the twin pillars of any organization’s incentive structure. The calculus was simple: people will work more if you give them more. A good salary and decent benefits still top the lists of what employees value most (things haven’t changed

that much), but they no longer suffice. A survey from Johns Hopkins University found that 95 percent of candidates believe that a company’s culture is more important than compensation.

This is eye-opening, if a bit vague. Each one of the candidates probably defines culture differently (although, I think that for many they mean the atmosphere or personality of their place of work), but the point is clear: for a company to attract and retain good people, compensation isn’t enough. So what is enough?

Let’s look at Gallup’s “State of the American Workplace” survey. According to the results, when asked what attributes were most important in deciding whether to work for a company, respondents picked “the ability to do what they do best” as their number one response. The second most popular response was “greater work-life balance and better personal well-being.”

Again, employees are looking for a culture that allows them to succeed, not just on the job but also in other areas of their lives. A job that gives them satisfaction while there, but also gives them the ability to achieve success in their personal lives…People want to find success on the job. They want to know their contributions make a difference and that they are valued. Rather than throwing money at the problem, the intentional leader looks for ways to get out of the employee’s way. There are two words for this: autonomy and acknowledgment.

“You’re on a need-to-know basis and right now you don’t need to know.” This little military-inspired cliché was the modus operandi of the world that was. The thinking at the time was that employees only needed to be let in on matters that concerned them. Everything else was “above their pay grade.”

Except no one likes to be playing the violin while the Titanic sinks. The idea that workers will be content to continue their work without any information regarding the true state of affairs is, like the Titanic itself, from a different era. Today’s intentional leader strives for a culture of transparency within the organization, one that communicates where the ship is headed (and why the destination might be different than it was). This doesn’t mean that all information should be made public—in a world of Twitter, that is just asking for trouble. Rather, it means that organizations should try to keep their employees informed as much as possible…This requires transparency and a commitment to effective and constant communication between all levels of the organization.

Design Culture Around Success for Everyone

Culture stands as the first imperative of the intentional leader because it is the one that most affects all the others...While the changing expectations of the consumer have affected the way a business operates, it’s the way a business operates that can lead to a better consumer experience. And it starts with building a culture that is designed around one idea: success. Success for you, success for employees, and success for the organization. Success starts with a grounding of philosophy and values and ends with a team working as one for a common end.

Adapted with permission from The Intention Imperative by Mark Sanborn, copyright Mark Sanborn.

Are you tired of poor leadership cultures with vague goals, inconsistent processes, and multiple objectives that sometimes seem to run counter to each other? Take the reigns through intentional leadership and infuse your company culture with the power of purpose. How will you incorporate the five elements of corporate culture to achieve breakthrough results? 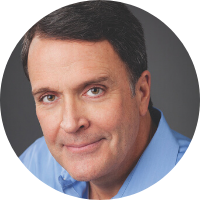 Mark Sanborn is a professional speaker, author and leadership strategist who has lived in the Denver area for 30+ years. His business, Sanborn & Associates, Inc. helps leaders at every level learn to lead or lead better.