What Does Recovery from a Recession Look Like in a Capitalist System?

Recessions are a normal part of the business cycle, but getting out of them is still dependent on a variety of factors.

The United States is currently looking at an economic blank slate.

Between shelter-in-place measures that are limiting social interactions between people and social distancing mandates forcing the closure of businesses, the situation has sparked protests in states including Michigan, Tennessee, Colorado, Texas, and more.

Many individuals across the nation are experiencing economic destruction and are desperate for a return to normalcy. But with a pandemic that has highlighted the weak links in our globalized society and free market system, is a quick recovery even possible?

We gained insight from Philip Kotler, classically-trained economist and author of Confronting Capitalism, about market turbulence, how a normal business cycle works, and what sets the stage for a recovery. 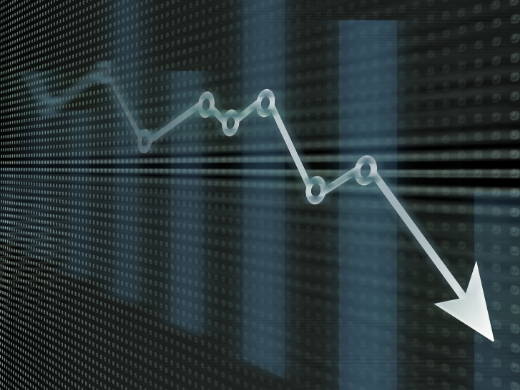 Q: What are the phases of a business cycle?

A: A business cycle passes through four phases.

Contraction. When the economy starts slowing down, it is usually accompanied by a bear market. GDP growth slows to the one to two percent level before actually turning negative.

Trough. While the economy continues to decline in a recession, GDP’s negative performance each period eventually gets smaller and the economy gets ready to turn the corner.

Expansion. When the economy starts growing again, it’s usually signaled by a bull market. GDP growth turns positive again and should be in the healthy 2 percent to 3 percent range. If the economy is managed well, it can stay in the expansion phase for years.

Peak. When the economy gets into a state of “irrational exuberance,” with overly high expectations, inflation starts to appear. The peak phase is when the economy’s expansion slows. There is usually one last healthy growth quarter before the recession starts. If the GDP growth rate is 4 percent or higher for two or more quarters in a row, the peak is just around the corner.

A: Much of the business cycle is explained by changes in the level of business, investor, and consumer confidence. Periods of economic growth occur when investors, businesses, and consumers have a positive outlook on the economy. Consumers buy when they can depend on their income level and home value. Even a little inflation can encourage consumers to buy sooner before higher prices set it. High consumer demand leads businesses to hire new workers and make further investments. Investors may take on riskier investments to gain some extra return. There is much capital and liquidity available, many people are making good money, and everyone believes that the good times will continue. All this suggests that the peak is not far off.

There are early signs that tell that an economy is getting overheated. Usually there is too much borrowed money going into a major “hot” area. The dot-com boom in the 1990s was followed by a dot-com bust (1999−2001), when speculative investors realized that many of the new dot-com companies were making little or no money. The next “hot” area turned out to be the 2003−2006 boom in housing, with many mortgages being taken by people without the means to pay them if they lost their job.

Specific downturns can be precipitated by different combinations of factors. A contraction can start as a result of poor earnings, job cuts, major strikes, ballooning inventories, inflation fears, and other factors. Business, investor, and consumer confidence is shaken and the contraction phase begins. Investors start selling stocks, buying bonds and gold, and hoarding cash. The contraction is marked by businesses laying off workers and others hoarding cash rather than spending it. Stock prices fall drastically and inventories pile up.

Q: What factors normally contribute to a recovery?

A: Each recovery has its own explanations, such as the role played by federal monetary and fiscal policy, business recovery success stories, good international news, and so on. Some people argue that new wars often end a depression: The Great Depression of the 1930s really ended with the beginning of World War II. In the midst of an ongoing recession, government does what it can to ease monetary policy, bringing down the interest rate to a level so low (called “quantitative easing”) that businesses and consumers can easily borrow. But even when the interest rate is down to almost zero, it often isn’t enough to stimulate a recovery. The debate then turns to fiscal policy and the use of taxes and incentives to stimulate the economy.

One—known as the austerity solution—states that the recession will eventually end on its own. Companies need to reduce their costs through cutting jobs and postponing investments. Workers need to accept lower wages if they want to hold on to their jobs. At some point, more companies will once again see opportunities to improve their profit and then the recession will be over. Europe tried this approach during the 2008−2011 period, and it made basket cases out of the PIGS countries (Portugal, Italy, Greece, and Spain)—partly because it was imposed on these countries, not chosen by them.

The other position is called stimulus spending. Here the government passes a stimulus spending bill such as legislated in the American Recovery and Reinvestment Act of 2009. The government essentially prints money to spend on needed construction, infrastructure improvement, and a variety of social needs. This puts money into the pockets of many people. Most of it gets spent and generates more money in other pockets. The stimulus spending in 2009 contributed to reducing the unemployment rate from 11 percent to 7.5 percent in three years. Economists Atif Mian and Amir Sufi have suggested that contractions would be less severe if homes were financed with “shared-responsibility mortgages.” If home prices in a particular ZIP code fell by, say, 30 percent, the homeowner’s monthly principal and interest would fall by 30 percent. If prices recover, payments go up but not above the original amount. The mortgage holder could be given, say, 5 percent of any capital gain that the homeowner realizes in selling the home.

How to Use the Business Cycle to Your Advantage

The business cycle and heightened market turbulence are factors that greatly influence the performance of a market economy. These factors constitute a shortcoming of capitalism, but they are also an intrinsic part of any economic system.

The business cycle can be moderated by improving the ability of those guiding the economy to recognize a bubble when it is forming and to take action to cool down the speculation and “irrational exuberance.” And when a recession has occurred, those guiding the economy have to take quicker action to infuse money and credit into the market economy so that spending can start up again.

Heightened turbulence can also be moderated. More business enterprises are monitoring the latest data on consumers and their changing needs, expectations, and level of confidence. Businesses are more able to measure their standing (i.e., perceived value) in the minds of their target customers and respond to any dips in their standing. Businesses are watching their competitors more closely and evaluating their plans and their standing in the marketplace. No one expects that these steps will eliminate surprises coming from random and unpredictable events. But the keener knowledge of what is taking place will hopefully reduce the number of real surprises.

Businesses must develop the skills, systems, processes, and disciplines to quickly detect and predict changes in their environment, to identify their vulnerabilities and the opportunities that come from change, and to enable the business enterprise to respond wisely and with strong resolve. 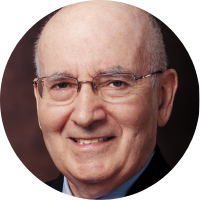 Philip Kotler is the S. C. Johnson Distinguished Professor of International Marketing at the Kellogg School of Management. He has been honored as one of the world's leading marketing thinkers.

Back to Business Process