Richard Branson, the 68-year-old founder of Virgin Group, is worth an estimated $4.1 billion. Maybe it accumulated as a result of his business savvy. But, it’s probably a reflection of his commitment to good customer service.

There aren’t many people I have less in common with, lifestyle-wise, than Richard Branson, founder of the Virgin Group. He measures his dollars in billions. (I don’t; I’m not that great with fractions.) He’s besties with Mick and Sting and Quincy and Adele. (I’m not.) He kitesurfs with supermodels riding piggyback in a spectacular state of undress. (I don’t think I know any models, super- or not, clothed or otherwise.) But Sir Richard and I do share a belief that customer service makes the business world go ’round. A particular kind of customer service: authentic service, service without the soul and personality sucked out of it.

“We take an informal and anti-scripting approach to customer service at all of our Virgin brands,” Branson tells me, as he painstakingly prepares his British tea (even though we’re in downtown Chicago, at his new Virgin hotel). “Customers enjoy doing business with personable employees who tailor service to the customer and the customer’s situation.” By contrast,” he says, “some Middle Eastern and Asian airlines”—here, he names names (I won’t), all of them competitors to his own Virgin Atlantic international airline—“have service standards that are extremely high, but don’t deliver the right style of service for customers today.” All of those perfectly coiffed, well-scrubbed flight attendants, “who are only allowed to deliver scripted lines—employees the airlines keep around for what seems like only three years before they’re replaced with another interchangeable flight attendant speaking exactly the same script—that’s not what we’re about and that’s not the kind of service customers want today.” “‘Stepford service,’” I offer.

“Exactly,” he replies. “That’s what I want to avoid: Stepford-type customer service.”

Branson’s preferences are well aligned with those of customers in today’s marketplace. Consumers today are allergic to anything that strikes them as insincere, including a stilted, overly formal, or obviously scripted service style. They’re looking for a candid, down-to-earth, even slangy style of communication from the businesspeople who serve them. (I should clarify: this is what they want from most businesspeople who serve them. Customers still do prefer a few categories of professionals—such as oncologists, pilots, judges, and funeral directors—to retain a smidgen of formality.) No matter how caring a service provider’s actions may be, if the service style comes off as artificial, it puts a ceiling on how intimate and inviting interactions can be between employees and customers.

The best sartorial approach, by and large, is to have employees dress in a manner similar to, or just a little bit better than, how your customers dress—at least than how your customers dress on their non-sweatpants days. This tends to put customers at ease and can have a similar effect on employees. Choice is also valuable here: giving employees a degree of leeway in what they wear, while still providing them with appropriate boundaries, can help employees feel more comfortable in performing their work, and this kind of comfort is exactly what you want if you’re aiming for authentic customer service interactions. This doesn’t mean you can’t have a dress code or even a uniform. But it does mean you should keep the employees in mind as they are designed and should allow some flexibility and creativity in how they are ultimately worn.

“Employees can’t give great customer service without a great toolbox,” says Richard Branson, “and when the elements of the toolbox are very personal, like uniforms, we’re particularly careful to get feedback from the employees who’ll be affected, before we proceed. When we make a change to our uniforms, we involve multiple employees and get their input in addition to mine.

“When I had the idea that everybody [working on his Virgin Atlantic airline] should wear red shoes, it was important that the red shoes—especially the red high heels—should fit. We spent a lot of time getting that right, because when you’re on your feet all day, you’re not going to give good service if you’re miserable.”

The business world’s longstanding “tattoo taboo” is a similar issue. If you’re in a corner of the business world that is still reluctant to employ candidates with visible tattoos, cheek piercings, hair colors not found in nature, and the like, I suggest you outgrow your reluctance (even if you need to do so through gritted teeth) for two reasons.

Visual and Tactile Cues to Authenticity

Authenticity can be communicated to customers via visual and tactile cues at your place of business. The commercial designs and furnishings that customers today find most authentic and emotionally satisfying are a long way removed from the slick, ostentatious, overly polished commercial spaces that predominated just a few years ago. The preference today is for a preponderance of roughhewn elements “where the hand of the artisan shows in the work and human imperfections are a part of the appeal,” says Laura Romanoff, an expert in commercial interior finishes and design. (Even cooler, Laura’s also my cousin.) Many customers today are turned off by over-the-top would-be status indicators such as gold leaf, crystal chandeliers, and incongruously located Corinthian columns. Gussy up your establishment with these trying-to-be luxurious touches, and the reaction of some customers is likely to be, “Do I belong here?”

Adapted with permission from Ignore Your Customers (and They’ll Go Away), copyright Micah Solomon.

Over the course of two months, I made 15 calls to a certain technology powerhouse, whose platform I used to run ads for a client. Each call progressed for a range of 20 minutes to over an hour. Each customer service representative gave me a different solution to the same problem. To say it was the antithesis of good customer service would be an understatement. Today’s average customer has been conditioned by platforms like Amazon and Netflix to believe the world revolves around them. It’s not our fault; it’s just where innovation is headed. When Solomon and Branson say that authenticity will lead the course of customer interactions, he means that companies should tell the truth and put on an honest face to the public. For example, if a customer service representative doesn’t know how to solve a problem, they probably shouldn’t pretend and give a solution anyway. Describe a time when you experienced good customer service rooted in authentic behavior. Join the conversation below. 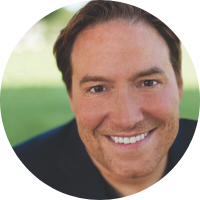 Micah Solomon is one of the world's leading authorities on customer service, the customer experience, consumer trends, hospitality, and company culture. He is a consultant, keynote speaker, trainer, and training designer specializing in these subjects, as well as being a best-selling author.

Back to Customer Experience