What is a Manager’s Role in Creating Workplace Diversity?

Can you make an impact on an issue as large as workplace diversity if you’re a mid-level manager?

Rank and file has to observe from the bottom up, just as management and supervisors have to observe from the top down. Everyone has to do this, because if even one person believes she is being treated unfairly because of her membership in a group, it affects the comfort level and trust of everyone in the workplace.

A lot of proactive responsibility falls on the heads of the men and women who are the frontline managers in the workplace.

By frontline, I mean people who actually see the work of employees on a day-to-day or frequent basis. I mean the managers who see employees come to work at the beginning of their shifts, who see employees throughout the time they work, and who then see them when they leave.

"Diversity is not about what you say or what you do. It is about how you think." - Michelle T. Johnson

How does a boss do that? By watching what goes on.

For one thing, it’s always a good idea not just to notice who bonds together but if there is a shift in bonding.

I’m not talking about minute shifts, like Sally no longer going to lunch with Marquita. I’m talking about when, say, groups of a particular ethnic group, who normally seem to be smiling and laughing and talking freely, start looking pensive and serious and more concerned than usual about who may be listening to their conversations.

When you notice shifts like that, especially when they take place over more than just a day or two, then there may be something that requires a little probing. Maybe you can do this casually.

DO THIS: When you have the opportunity, you could ask one of the group members whom you have a fairly open relationship with if there is something going on. It’s not about stirring the pot or seeking gossip. It’s about staying in touch with what is going on with your employees, especially if the issue even potentially has a problem attached.

People are very good at going up to a group of people who share some racial dynamic and trying to join in the conversation or comment on the gathering when the group is laughing or having fun. While there is nothing wrong with that if you’re the type of manager who talks to these employees individually, this action is more likely to come off as intrusive and a nosy attempt to insert yourself into a rare opportunity for workers to relax and let down their guard for a few moments in the workplace.

Ultimately, the point is about managers and supervisors actually interacting with the people they manage in a way that invites trust and confidence. 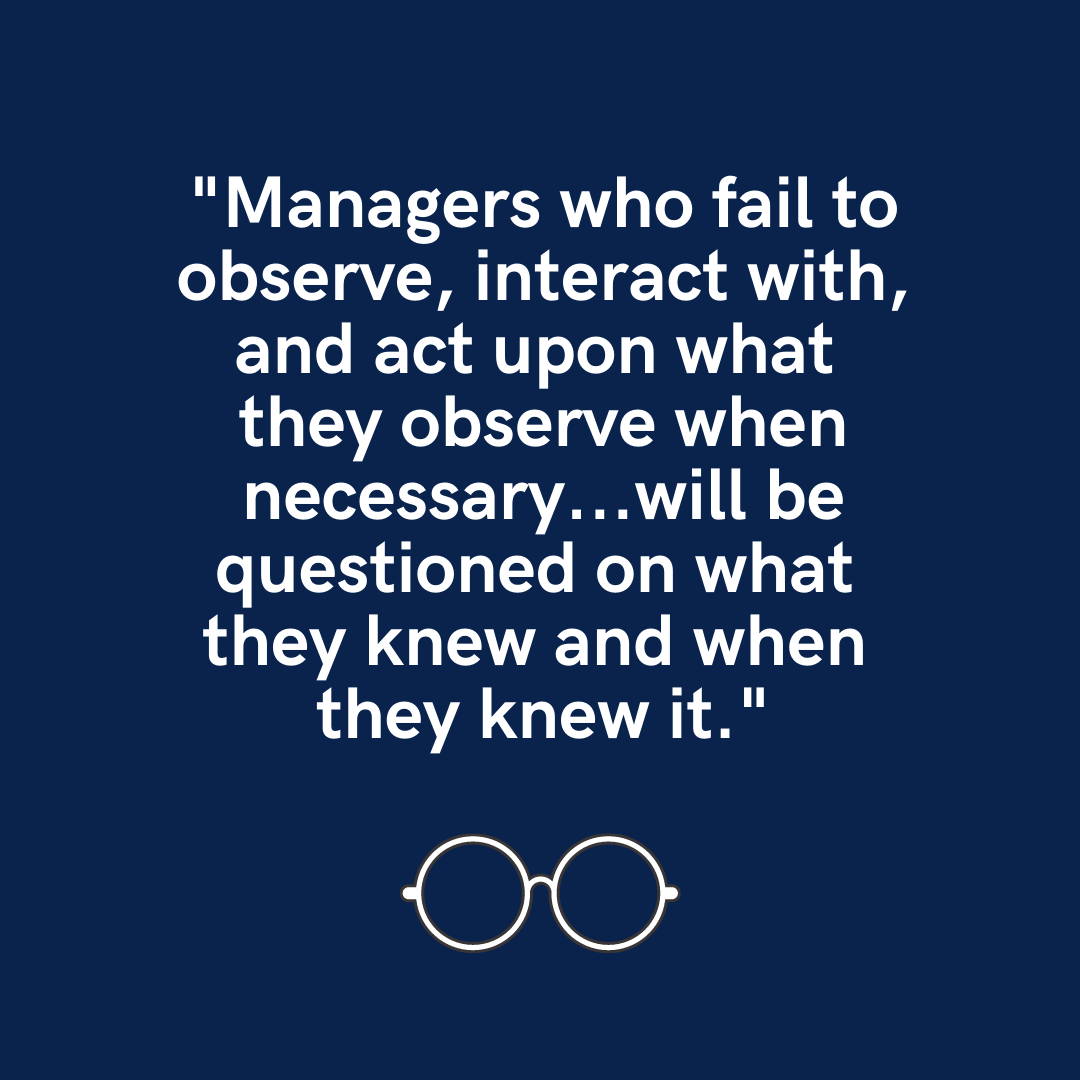 Most managers tend to fall into either of two extremes. They are way too distant from the people they manage, or they are so overly friendly that they destroy the healthy degree of boundaries that needs to be in place.

Being a manager who is interested and approachable strikes the right balance for employees to come forward with their individual diversity issues that can have a larger impact on the work environment.

Managers who fail to observe, interact with, and act upon what they observe when necessary put themselves in the position of being the fall guy or girl when potential problems snowball. They will be questioned on what they knew and when they knew it.

If you are a manager in charge of a department or area of your company that appears to have a problem, you will be questioned about what steps you took to prevent or lessen the issue.

Also, because you are the manager, you will be held to a higher standard regarding what you did or didn’t do than any other employee involved in the issue.

For example, say there is a female office worker who complains to the HR department that several male coworkers frequently make off-color, offensive comments and tell dirty jokes that make her feel uncomfortable. She tells HR that she has repeatedly told her coworkers to stop. While she hasn’t reported this directly to her supervisor because she didn’t feel comfortable doing so, HR should ask her manager what he observed.

HR should ask if the manager ever observed the female worker’s discomfort, overheard any jokes or comments, and was ever aware of any other female who expressed concern about the same issue.

In addition, a thorough HR investigator should probe a little deeper and try to get an idea of why the female coworker went directly to the HR department to register her complaint rather than going to her manager. It’s not so much that HR is trying to blame the manager, but a sharp HR investigator goes the extra mile to make sure this isn’t the surface of a larger problem. The investigator wants to make sure that the female employee’s complaint is just an isolated issue.

If HR doesn’t look into these matters and the complaint keeps going, it will land right in the arms of the company’s outside legal counsel, with massive billing rates. The attorneys will definitely ask these probing questions if the HR department doesn’t.

So you see, managers and supervisors have a greater incentive than most in a company—even HR—to make sure they have their finger on the pulse of the workplace diversity issues in the area that they govern. At the very least, they have a responsibility to create an environment with an open door, inviting employees to bring to them what they might not otherwise notice.

One of the biggest keys to embracing diversity in your workplace is to become aware of what is going on around you. Nothing really ever seems like a person’s concern until it personally affects him or until he is forcibly drawn into someone else’s controversy.

Ask yourself if there is something—anything—even marginally related to diversity or some issue or problem with discrimination involving someone else that you could find yourself being questioned about as a witness. Strain the brain. Think about any comment, even one heard in passing or an observation made at the watercooler. Yes, gossip counts. If there is even one thing, that’s your tie to diversity in your workplace. 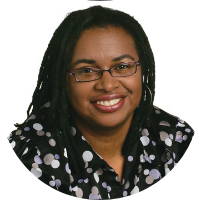 Michelle Tyrene Johnson is a Kansas City area native who is a diversity consultant, speaker and writer, as well as a former journalist and former employment attorney of several years. Ms. Johnson, a certified mediator, is the author of articles and three books on diversity, including "Working While Black" published in 2004 by Chicago Review Press as a career guide for African-Americans employees in the workplace, which has been mentioned and reviewed in several national magazines