The Coronavirus Outbreak Presents an Opportunity for Some Fintech Companies, a Threat for Others

Fintech was born from the ashes of the last economic downturn. Could the coronavirus outbreak and resulting financial challenges help or hurt the fintech industry? 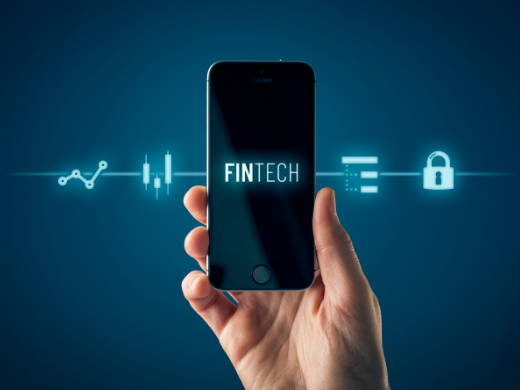 Coronavirus has taken its toll on the economy, as millions file for unemployment and the stock market continues to seesaw. But the virus’s influence goes even deeper, as COVID-19 could force a sea of change in our relationship with money and the companies and technology that facilitate how we spend, save, and invest it.

We are living through a paradigm shift where health concerns and shelter-in-place mandates mean we are unable to meet with family or friends, let alone exchange cash, write checks or visit bank branches. This is causing a massive uptake in fintech solutions that enable us to exchange money digitally and safely. It’s no wonder that deVere Group, an independent financial advisory organization, recently found a 72 percent increase in usage of fintech apps in Europe in a single week.

This trend towards digitization began long before Coronavirus struck, but it has seen an enormous boost over the past six weeks. Ultimately, the virus could serve as the final nail in the coffin for our traditional ways of interacting with money.

As I document in The Money Hackers, fintech is a broad and multifaceted industry, so while we will see some companies in the space grow rapidly, we will also see others struggle.

Consider the fact that peer-to-peer lending platforms have never had to model for a sudden, simultaneous jump of 30% or more in unemployment. As consumers continue to lose their jobs, venture backed fintech lenders may be challenged by unprecedented defaults. No doubt, traditional banks will be impacted too but they are better capitalized, systemically important and in a stronger position to weather the storm.

We have also seen some fintech unicorns’ fragility exposed as they have been unable to adequately adjust to the volume or volatility that a change like the COVID crisis engenders. In early March, Robinhood, a mobile application that is used to buy and sell stocks, crashed just as the markets tanked. Robo-advisors, like Betterment and Wealthfront, and passive investing applications are also vulnerable in a world where markets trend downward for a sustained period of time. If they make it through this crisis, they will have cemented their place in the market forever, but some may falter along the way.

In the book, I predicted that there would be another economic downturn. I also said it was more likely that banks would acquire the fintechs than the reverse. I couldn’t predict which ones would succeed or fail but what I did say – and believe even more strongly today - is that the ideas that these ‘Money Hackers’ have brought in to the world, and which we explore in the book, are now firmly here to stay. Ideas like access, mobility, democratization and putting the consumer first. Now more than ever, we need to ensure that finance is a tool that works for everybody, including bottom 50% of consumers and businesses.

Could We See Even More Fintech Innovation?

Fintech has already shown us how to lead during this crisis. Recently, several fintech lenders pressed the government to involve fintech in the process of providing relief funds to small businesses nationwide as part of the Payroll Protection Program. Based on the number of complaints leveled against banks during this process, and the much lower number of complaints against the fintechs involved with the program, it appears that fintechs have been able to distribute these funds faster and more fairly than their institutional counterparts.

Let us also not forget that the Coronavirus crisis will likely spur even greater innovation in fintech. After all, as I explore in the book, the industry itself was born out of the 2008 financial crisis when Wall Street crashed, and the App store was launched.

As often happens at times like this, institutional incumbents turn inwards, focus on their largest clients, and lose their appetite for risk. At the same time, small entrepreneurs and innovators find the cost of goods and labor decreasing along with the risk of starting something new. Inflection points like this also drive long term behavioral change in consumers. Consider the adoptions of video conferencing platform, Zoom, which at the beginning of 2020 served 10 million users and barely 4 months later has over 200 million customers.

What these new fintech companies and technologies will be, I cannot yet say but it is almost certain that these new players, along with the fintech firms born out of the last crisis, will continue to disrupt the traditional financial services model and continue to change our relationship with money for years to come. 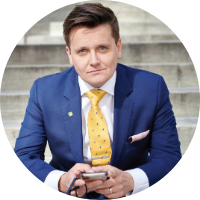 Daniel P. Simon is a writer, entrepreneur, and financial communications expert. He has been part of the Fintech Revolution since its inception, advising on some of the biggest brands in the space including Morgan Stanley, Bloomberg, and Goldman Sachs. Daniel’s focus on finance and its future led him to become CEO and Co-Founder of Vested, an integrated communications firm where he and his team partner with top financial and fintech companies.