When we're in the middle of a crisis we have never experienced before, it helps to look at how leaders throughout history have handled unplanned events. 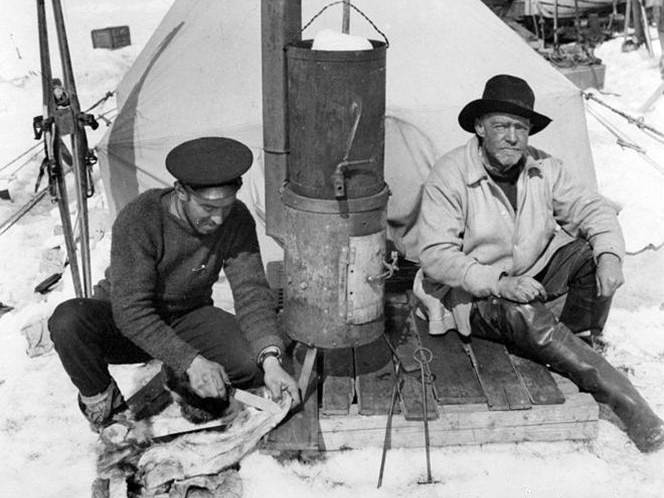 We are all at Patience Camp. We are all at Patience Camp. This phrase has been running through my mind for months. The first case of COVID-19 in the United States was confirmed on January 19, 2020, and my life has changed dramatically since then. Not as much as others. I have no children in school and I can, most of the time, work remotely. But life seems so different, and the end is nowhere in sight.

There may be a vaccine, but when? We may be able to enjoy a normal meal at a restaurant, but when?

And the social unrest and violence that permeates the news cycle may attenuate, but when?

What will the future hold? Even the experts don't seem to know.

Seven months later, I realize that the challenges we are facing today—ambiguity, uncertainty, and inevitable change—are much like those faced by Sir Ernest Shackleton's expedition at Patience Camp. And one of the most memorable moments in Shackleton's Antarctic expedition occurred at that remote outpost in the Weddell Sea.

The crisis leadership of Ernest shackleton

The story of Shackleton's Endurance expedition is familiar to many, and a source of inspiration as well. His goal of leading the first overland crossing of the Antarctic Continent was a lofty one, but he
believed it could be done.

Shackleton and his crew sailed from South Georgia Island on December 5, 1914, with extra clothing
and a great deal of apprehension. They knew that conditions would be difficult. They didn’t realize just
how challenging their ordeal would become.

Forty-five days later, on January 19, 1915, disaster struck. The ice of the Weddell Sea had moved
farther north than usual, and the pack closed around Endurance like a vise. The expedition was stuck some sixty miles from the Antarctic Continent.

Trapped in the ice, the crew found themselves isolated on the ship for months. Their quarantine ended in disaster. After 327 days trapped in the ice, Endurance was lost. The masts toppled and the sides were stove in, as shards of ice ripped strong timber to shreds.

Shackleton proposed heading toward open water by undertaking a march across hundreds of miles of solid pack ice. The crew began pulling the lifeboats in harness on sledges that weighed almost 1000 pounds. The task was grueling and, after two days of hauling, the team had covered less than two miles.

Realizing that it was futile to go on, the men found a large floe more than half a mile in diameter, made camp, and came to a decision. They agreed to stay on the floe until the drift of the ice carried them closer to open water. They sat at Ocean Camp from October 30, 1915, until the end of December.

More than a year since they had set sail from South Georgia, Shackleton’s leadership had kept the
team intact. But morale was understandably low. He realized that something had to be done to
combat the growing sense of futility.

On day 384, though still a long way from the sea, they once more attempted to drag the boats across the ice. This second sled march was no more successful than the first. Exhausted and discouraged, the expedition again made camp. They continued to deal with the anxiety of waiting, hoping to drift to open water.

As their food supply dwindled there were occasional moments of excitement, but mostly they waited. It was a difficult time for “The Boss,” as Shackleton was affectionately called. His expedition sat on a dwindling cake of ice, buffeted by wind and weather and threatened by collision and heavy swells. Their fate remained uncertain, and Shackleton felt a heavy burden of responsibility. But he took heart from the optimistic spirit of the team and, in return, Shackleton’s presence and demeanor engendered optimism among his crew. 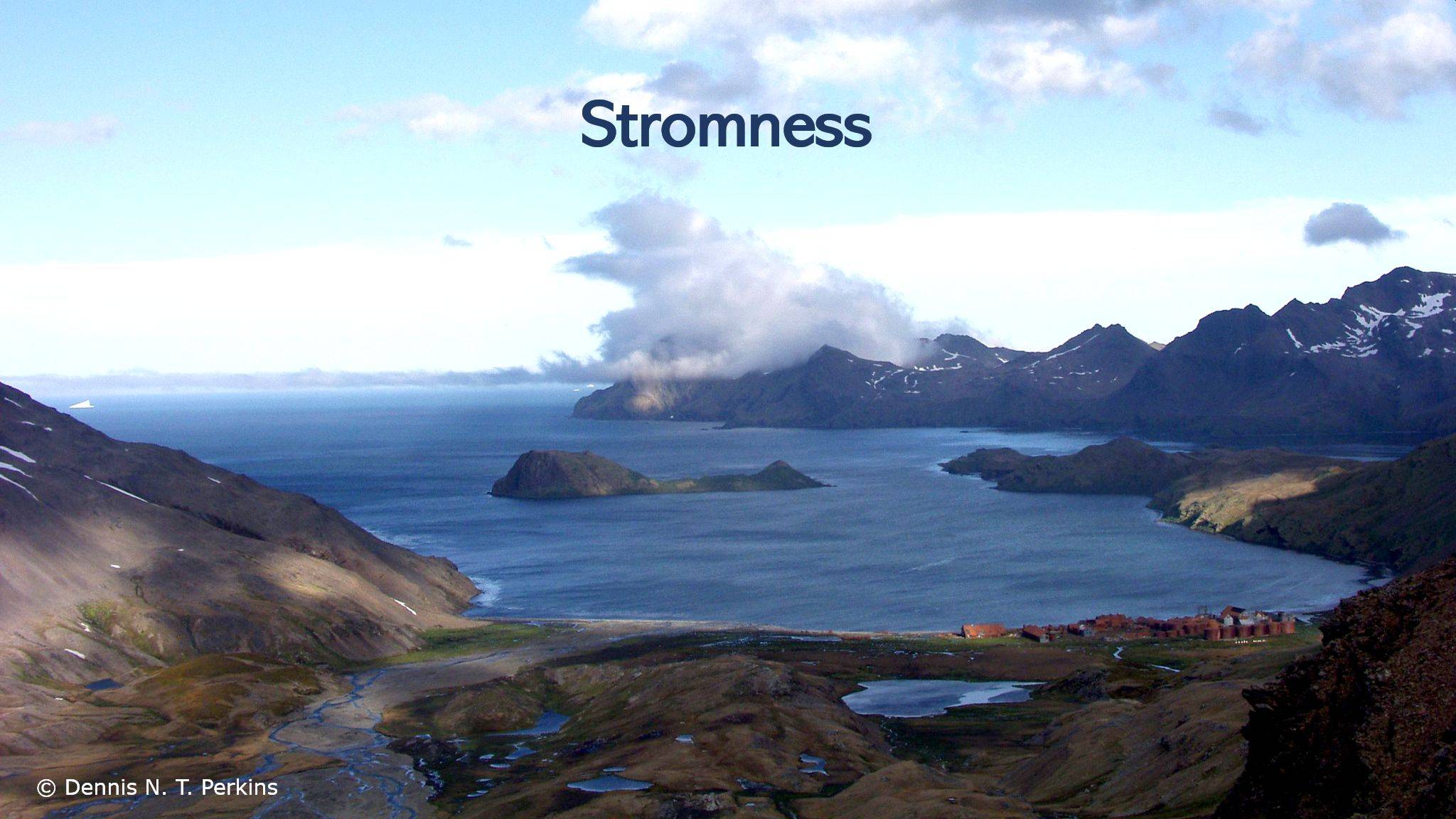 4 Lessons in Crisis Leadership from a Captain

The Boss kept the group engaged, for example, with a lively discussion about—remarkably—the prospect of an expedition to Alaska! For a group stranded in the middle of a frozen Antarctic sea, the idea of another polar undertaking could have seemed preposterous. But the prospect provided an engaging alternative to dwelling on their predicament or thinking about the potential dangers that lay ahead.

Planning an expedition to Alaska was clearly a method for entertaining the expedition during the long empty hours. In this sense, it was an engaging distraction. But it was more than that. It provided a future focus and a promise that there would be other adventures—with the obvious implication that they would triumph over their present situation. It represented just one way in which the culture of the expedition encouraged confidence and hope.

In addition to instilling a spirit of optimism, Shackleton had established a sense of shared identity from the very beginning. This sense of team unity, which began with cheerful social events before Endurance sank, was only to grow as their adventure continued.

During sled marches, the group advanced in relays to ensure that the party would remain together if cracks appeared in the ice. On Patience Camp, the tents were kept together. Still later, during the open boat journey to Elephant Island, the lifeboats stayed in constant contact.

3. Create a culture of "sharing your milk."

This sense of unity was remarkable. Crew members often performed acts of caring and self-sacrifice for each other, showing a concern that rarely occurred in accounts of other expeditions I have studied. In one of the most dramatic moments at Patience Camp, the food supply had dwindled to dangerously low levels. They had less than a week’s supply. Conditions were so dire that the waste meat generally used to feed the dogs was examined for any edible scraps, and several of the crew had tried eating frozen, raw penguin meat.

Under these desperate conditions, and after a wet sleepless night, an argument broke out among four crew members. Caught in the middle, Greenstreet, the First Officer, spilled his tiny ration of powdered milk. They were on the verge of starvation, and it was a tragic moment.

The loss was so monumental, he seemed almost at the point of weeping. Without speaking, one by one, each crew member reached over and poured some of his milk into Greenstreet’s mug. They finished in silence. Emulating the caring behavior that Shackleton had modeled, and in the face of death and starvation, the bonds of teamwork held.

Another important method for creating mutual respect came from insisting on common courtesy, even under the extreme conditions when it might have seemed unnecessary. There were conflicts, of course, but the crew managed to maintain a sense of civility. Shackleton reminded the crew on more than one occasion that “a little thanks will go a long way.” And so will “please,” “excuse me,” and the other familiar phrases that lubricate social interaction.

When Things Get Bad, Who Do We Want to Be?

Living conditions at Patience Camp continued to deteriorate, and there were more dangers ahead. It would be almost four months before Shackleton was able to reach the whaling station at Stromness Bay on South Georgia Island. And it would take another 128 days and four separate attempts for him to reach the members of the expedition left behind. But he never gave up hope, and every member of the Endurance expedition survived.

So, yes, the familiar phrase that has been running through my mind, We are all at Patience Camp, reminds me of our current situation – living life during this pandemic. We don’t know when we will reach open water, and we don’t know what lies ahead. We may have to sail through the waves of the Scotia Sea, and climb the uncharted glaciers of South Georgia Island to reach Stromness.

But we can look for engaging distractions. We can find things to celebrate. We can recover from conflict, and say “excuse me” when tempers flare. And we can share our milk, even after a heated argument. We are all, in the end, on the same expedition.

We need to do this together. We need to stand together at Patience Camp. And we need to believe that we will one day reach the safety of Stromness, and make it back. Shackleton did it. We can too. 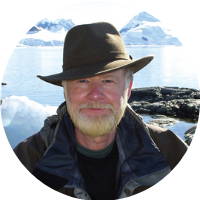 Dennis Perkins is the author of Leading at The Edge and CEO of Syncretics Group, a consulting firm dedicated to helping leaders and teams thrive under conditions of adversity, uncertainty, and change. A graduate of the United States Naval Academy at Annapolis, he successfully completed his first Sydney Hobart Race in 2006. JILLIAN B. MURPHY is the Director of Client Services at Syncretics.