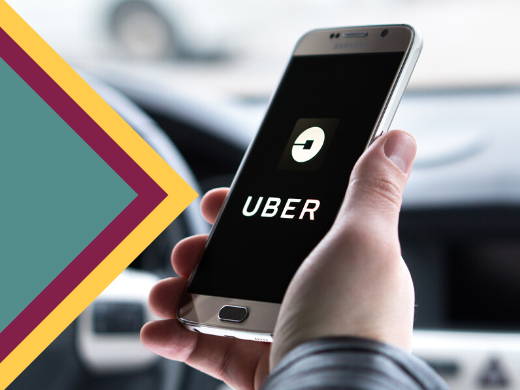 Travis Kalanick is one of the most influential and controversial business leaders of the past decade. He is the person most responsible for the phenomenal growth of the ride-sharing company Uber, a firm that has provided over ten billion rides to customers around the world. Uber is also the model for a host of new “on-demand” services, such as grocery delivery, that are changing how we live particularly during a pandemic. Many believe that Uber would not have become Uber without Kalanick’s forceful leadership. A company board member said of him, “There will be many pages in the history books devoted to @travisk—very few entrepreneurs have had such a lasting impact on the world.”

A Leadership Legacy Marked by Obsession

Some of his transgressions were of a public relations variety in making disparaging remarks that damaged his relationship with customers, drivers, and regulators. Kalanick, blunt to a fault, called the taxi industry an evil cartel backed by corrupt officials – one that forced him to “sling mud” to be successful. The firm’s marketplace behavior further eroded Kalanick’s credibility as the leader of an increasingly visible firm. 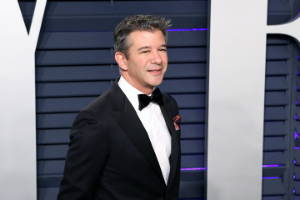 Travis Kalanick at the 2019 Vanity Fair Oscar Party at The Wallis Annenberg Center for the Performing Arts on February 24, 2019 in Beverly Hills, CA. Photo by Joe Seer.

For instance, Uber used covert software to avoid detection by municipalities striving to limit access of Uber cars in certain areas (such as airports). Uber placed a bogus version of its app on the phones of those suspected of being government regulators, preventing them from monitoring the true location of Uber’s cars. Once installed, the software disguised the cars’ positions with the intent of showing, falsely, that drivers were not working in the off-limit areas.

Near the end of Kalanick’s tenure, Uber faced an onslaught of problems: a stream of negative news stories about its wrongdoings, customer complaints about surge pricing, strikes by drivers protesting its compensation policies, legal actions by regulators claiming it was acting unlawfully, and charges of an out of control “bro-culture” that discriminated against women. Admitting his part in the troubles and the need for him to mature as a leader, Kalanick said, “I realize that I can come off as a somewhat fierce advocate for Uber. I also realize that some have used a different ‘A’ word to describe me…Well, I’ll be the first to admit that I’m not perfect.” 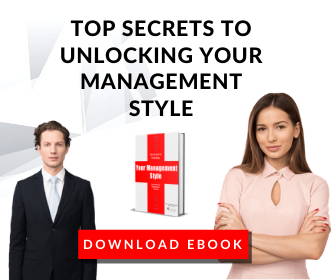 Kalanick’s mea culpa was too little, too late, as many in the media and public no longer trusted him. Uber went from being a scrappy start-up committed to improving peoples’ lives to being seen as a company that would play dirty in its desire to win at all costs. The firm’s principal shareholders acted, pressuring Kalanick to resign as CEO. They feared that his actions were damaging Uber’s brand and eroding the value of their investment. Kalanick made billions as a result of Uber’s success but departed the firm a polarizing figure - a hero to some and villain to others.

Uber's Travis Kalanick: The Rise and Fall of Obsessive Leaders

Kalanick’s story illustrates the challenge of obsessive leadership. He had the focus and drive needed to overcome the myriad of obstacles that inevitably come with creating a transformative service that confronts the existing order of things. At the same time, his story reveals that obsession, if not managed well, is potentially toxic. His downfall highlights the need to have well-designed safeguards in place to protect obsessive leaders, and their organizations, from the predictable consequences of their all-in nature. In particular, these leaders need strong teams and board members who value their strengths but can keep them from acting in self-destructive ways.

My new book All-In: How Obsessive Leaders Achieve the Extraordinary examines the mindset and actions of those pursuing audacious goals. The long-term vitality of any organization depends on visionaries who disrupt the status quo to create something that benefits customers and society at large. But we also need to recognize the risks that come with obsessive leaders – and how to skillfully cope the dangers of their unyielding drive to “put a dent in the universe.” 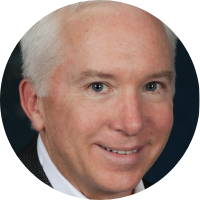 Robert Bruce Shaw assists business leaders in building organizations and teams capable of superior performance. His specialty is working closely with senior executives, as individuals and as groups, on organizational and leadership effectiveness.