Articles that Answer: Why Are We Obsessed with Time Management?

We all wish we had more time, but a barrage of hurdles get in our way. HarperCollins Leadership Essentials conducted a survey of 500 leaders across the country and found that time is the monkey on everyone's backs.

Who doesn’t wish they could go back in time? Who wouldn’t want to fast forward time? We could have skipped the acne stage of our teenage years in a flash. But once we enter adulthood, don’t we wish we could stop time?

We’re working most of our waking hours. We’re so busy that we only dedicate 3 minutes to a task before switching to another. We have a Pavlovian response to notifications, and can’t resist the urge to check our email at every lingering ping. This is driving us to burnout, while also causing us to re-examine our personal and professional identities.

Time is Our Biggest Enemy and Greatest Asset

Although managing our time to get what we want most out of life is within our reach, achieving the perfect balance is easier said than done. In a recent survey conducted by HarperCollins Leadership, we found that time is a shadow taunting everyone with its proximity.

Time hasn’t always been a race to an invisible and constantly shifting finish line. The standard 9 hour workday began during the Industrial Revolution. Since then, business and government have tweaked the formula to get the most value out of people. Sir Isaac Newton could be to blame for the formal creation of time management as a process and objective in life. His thoughts inspired Thomas Jefferson and Benjamin Franklin who both believed in the importance of productivity and order. Franklin was the first to assert that “time is money,” however, Jefferson's views on time management were much more severe.

Clocks in the late 18th century had just one hand and could only measure time within the hour. For Jefferson, this was unacceptable. He conspired with clockmaker Peter Spruck to develop the Great Clock. Jefferson modeled the clock after the Chinese gong, and he requested that it track the precise time to the second and signal the top of an hour with a bell and whistle that “might be heard all over my farm.” While the founding father duo implemented time management in relatively harmless ways, other leaders have opted for nefarious routes.

A Failed Experiment in Time Management

In an article published in the November 2019 issue of The Atlantic called “Why You Never See Your Friends Anymore,” Judith Shulevitz argued that Americans are tacitly agreeing to a form of nepreryvka. We need a quick history lesson before we can understand the gravity of that statement.

During the period between the end of World War I and the beginning of WWII, Joseph Stalin instituted a “continuous work week” for primarily construction and trade workers throughout the Soviet Union. Days were assigned colors, and colors were assigned to people who would work those days. Reds worked on red days; purples worked on purple days, and there was no guarantee that you and your friends or family would share days off. Although the experiment was unsuccessful for a plethora of reasons, it shows how seriously humans take it and how easily it can be manipulated.

The global and gig economies constructed an environment where the always “on” always win. In workplaces today, bosses expect employees to respond to emails at all hours. As the cost of doing business rises, executives choose labor cuts, effectively adding more responsibilities to already burdensome workloads. Time management is both the problem and the solution.

The intentional management of time is what gives us the freedom we need to do what we love and to take action on items that will move us forward in life. We’re so obsessed with time management because the more we understand it, the less likely it is that time will be used as a tool against us. Empower your schedule with specific time management strategies from our top articles in HarperCollins Leadership Essentials.

Our Most Popular Time Management Articles

If you’ve ever stared down the empty boxes of an unmarked to-do list with dread comparable to a Roman warrior during the fall, then these resources are for you. To avoid feeling like the day is running you instead of you running the day, read our library of time management articles that explore psychology, strategies, and philosophies.

I don't know about you, but I'm guilty of stockpiling my to-do list everyday. I tend to overestimate how much I can physically and mentally get done in 24 hours, and end up feeling defeated. I'm always looking for new ways to put my work into perspective so that I can be kinder to myself when I'm not as productive as my far too ambitious mind begs me to be. What is your relationship with time? Share your experience with us in the comments. 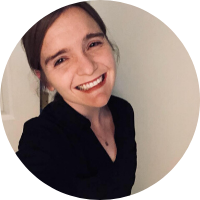 Gabrielle Reed is the editor of HarperCollins Leadership Essentials. Outside of the office, she is a freelance writer, runner, and baker of muffins a variety of shapes and sizes.