If You Want to Build Professional Relationships, Patience is Your Friend

It's no secret that the key to getting ahead in business lies in your ability to build professional relationships. 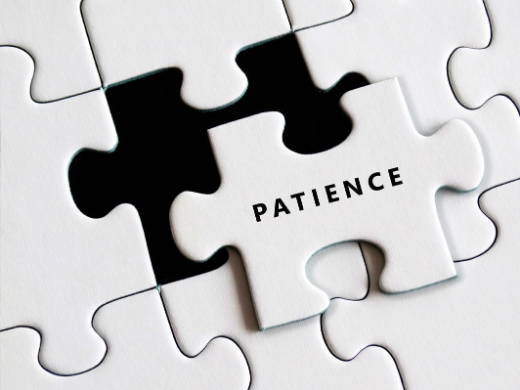 More than a year ago, I received an e-mail from Aaron, the director of learning and development initiatives at a media company. He was looking for someone to conduct a series of training seminars, and one of my former NYU students had recommended me to him.

After briefing me on what he wanted, I put together a proposal and sent it to him. Then his agenda changed. We brainstormed more possibilities and I prepared another proposal, but the department still wasn’t ready to green-light the program. I continued checking in with him from time to time and told him to consider me a resource, which he did.

He reached out to me frequently with questions about training companies, other independent trainers, topics, pricing, and industry resources. I provided him with suggestions and recommended training companies that covered topics my business, Executive Essentials, did not. Every time he had a thought for a new training direction, I was on his list of people to get a proposal from.

After drafting my third proposal for services and still not signing a contract, I was at the point where many people would have written off the client. To be honest, I really didn’t think Aaron’s company would ever become one of my clients. But that didn’t stop me from quickly responding to his questions.

With patience, no expectations, and a continued desire to build the relationship and help as I could, I became his go-to person in many situations. Once he queried me about a vendor he was vetting, but I wasn’t familiar with this business, so I sent out the vendor name to my network and shared with him the feedback I received.

Six proposals and more than twelve months later, I got another proposal request from him. And this time I landed the job. In this case, the seventh time was the charm.

Why You Need Patience to Build Professional Relationships

They say that patience is a virtue. This might be naturally true for some people, but it certainly isn’t true for me. Being patient is difficult for me, but it also yields incredible value. The benefits of patience when you want to build professional relationships come back to you in so many ways.

Some of you reading the story about Aaron may have been thinking, ‘‘Forget it, I would have given up on that potential client long ago; life is too short to put forth so much effort for free.’’ And it would have seemed reasonable, given the situation, to discontinue the relationship and cut my losses. If I had, though, I never would have landed a client with whom I now work regularly.

In the end, you have to do what feels right for you. I am not a Pollyanna who believes that everyone is nice and has good intentions, but I do believe that most people have good intentions, and I choose to believe the best about people until they give me reasons not to.

It is often easier to shut down or turn away and give in to impatience because it requires less effort than being patient, but it can be a self-fulfilling prophecy, and you may limit yourself as a result.

The Relationship Isn’t Always as it Seems

Early on in life I learned the saying ‘‘quid pro quo’’—one thing in return for another—and for the first part of my career I tried to live by that guideline. If someone did something for me, I understood there was an expectation that the favor would be returned. I thought I was living by a standard of equality, and it not only made sense to me, it seemed fair. It took me a while to realize that not everyone lived by this code of fairness. I found myself wondering when my good deeds and kind gestures would be returned.

I remember one colleague, Todd, who had asked for a few favors when we first started working together, and I’d happily done them. Soon, though, I realized that it was a one-way street with him. I started feeling annoyed by him, and treating him with a bit of an attitude. I even started to avoid him because I got tense whenever I was around him. He had no idea why I was acting that way toward him, and at the time I wasn’t self-aware enough to recognize the reasons for my behavior, either.

When I think back on the situation now, I can see that I felt slighted, and interpreted his lack of reciprocity as him taking advantage of me. My impatience and my expectations got in the way, and our work relationship deteriorated.

During my exit interview with that company, I learned that Todd had given his manager a glowing recommendation about me. Knowing that I wanted to work on a project involving his manager’s client, Todd put in a good word for me—I just never knew. I wonder what may have been different in my career and in my relationship with Todd if I hadn’t constantly been thinking, ‘‘Where’s mine?’’ What I have learned is to let go of expectations. I don’t mean to say that ‘‘if you don’t have expectations, you can’t be disappointed.’’ Not at all.

Getting rid of expectations isn’t about flattening your experience so that you are never disappointed; rather, it’s about freeing your mind of the burden of waiting for the expectations to be fulfilled. You have enough to think about, so take expectations off your list. Patience produces results.

This is the essence of the law of patience: Give it time, things happen. Your results may not be exactly what you expect, and they may not happen when you expect them. In fact, you may not even be aware of the results at all, as I learned with Todd.

Change Your Perspective on Patience and Giving

If there is still a part of you that can’t let go of the quid pro quo concept, think of the law of patience as an extension of the ‘‘pay it forward’’ idea. Sometimes, your giving is repaid not to you but passed on to someone else. You do something for someone, and the recipient of your kindness in turn shows a kindness to someone else.

I am still awestruck by the generosity of Amy, the woman who gave me so much wisdom about launching my business after I met her at the Columbia Women in Business conference. We didn’t even have that much follow-up contact after our initial meeting—a very productive lunch and some phone calls and e-mails now and again—but her willingness to help me so freely had a powerful effect on me.

For years afterward I channeled that spirit, giving back to other entrepreneurs who were just starting out. I spoke to student-entrepreneur groups at universities, arranged for phone conversations, and probably met with more than 100 people over the course of five years. Amy never knew that she was the one who inspired me to give in this way, and she had no expectations that her generosity would be repaid.

Amy was the first of many people who so willingly gave their time to advise me, assist me, and teach me as I was growing my business. Their generous gifts have rebounded to the benefit of others as I have consistently given my time, advice, and assistance to those around me. You may not know how your giving has inspired or positively influenced others, but have faith. The goodness you put out in the world multiplies. 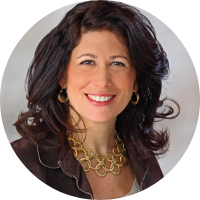 Michelle is the founder and CEO of Executive Essentials, which provides customized communications and leadership coaching and training programs. Michelle believes real relationships lead to real results and specializes in teaching people how to communicate with confidence, clarity, and connection.