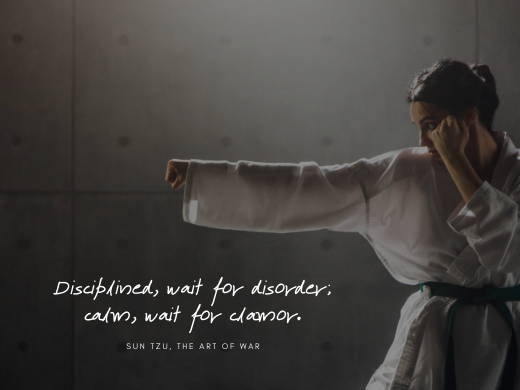 Those of us who’ve worked for and in small businesses know it all too well. Very often a less structured and even sporadic culture can lead to lack of focus and poor organizational discipline. Its genesis is understandable, entrenched in the breakneck pace and constant change that’s required to keep up and to lead the pack. But as we all also know, this situation brings with it some unwelcome by-products that hinder small businesses and force us to play catch-up, duplicate efforts, and otherwise waste time. Sun Tzu called for single-purpose focus for his armies to be successful. Small businesses need this focus, too, if they are going to be market dominators. If that’s your goal, you’ll do well to implement some of Sun Tzu’s instruction on developing and maintaining a focused organization.

Study the Past to Understand Current Opportunities

Sun Tzu was a contemporary of Confucius. He is believed to have lived from 544 to 496 BC, near the end of the spring and autumn period, during tumultuous times in China. During this period of the weak Chou dynasty, China had more than 150 states continually competing for power. These states battled one another until only thirteen major ones remained. Of these, seven had far superior troops and resources. This era set the stage for the Warring States period that would follow.

The military principles of Sun Tzu’s classic, The Art of War, are timeless. They’re adapted and brought to life daily by the companies and executives that use them. Sound strategists frequently bring Sun Tzu to life, often without necessarily recognizing the origins of their strategy in the sage’s words from more than 2,500 years ago. How much more effective would they be if they studied Sun Tzu’s direction and were able to apply it more intentionally? How much more effective would you be?

If interpreted and explained well, Sun Tzu provides profound insight to direct and inspire the moves of small-business leaders so that they can defeat their competition and dominate their markets. One of his most important guiding principles in battle, and what should be a guiding principle in small business, is focus.

Small players have a lot to lose if they don’t focus their limited resources on strategic priorities. Whether it’s launching a product, starting a new division, or unveiling a marketing campaign, it’s important to do it right. Yet far too many ideas fail due to a slow launch, stagnant decision making, or general confusion of purpose. The small business’s advantage should be speed to consensus and/or decision making, and rapid mobilization and achievement of goals. It’s the unfortunate small business that forsakes that advantage and drains away time tweaking ideas and features in an effort to achieve go-to-market nirvana. Don’t get stuck. Build it, release it, and gauge the market’s reaction. Always remain focused on the business objectives.

Here are 9 lessons straight from the battlefield to guide small businesses to success even when the odds are stacked against them:

Precision disciplined focus is necessary for big results. It’s easy to get distracted from staying the course, but those who do it will have a distinct advantage over all the others in cohesive, long range results.

Becoming the dominant player in the long game requires foresight into where the battles will occur and the ability to mobilize forces for victory. Five Guys is a business that exemplifies

Focus because its leaders know who they are and what they do and don’t do. From the beginning, Jerry Murrell, the founder of Five Guys restaurants, was adamant that the menu should stay the same: burgers and fries only, and good ones. Quality was paramount. The

burgers were handmade, and like everything else in the restaurant, never frozen. Fries were hand-cut and carefully selected from northern U.S. climates.

Five Guys tried coffee and chicken sandwiches, but ultimately decided to stay in their lane. As Murrell told Forbes, “My fear was that we’d add something new and not be good at it, then some reviewer would write about how bad our coffee was and not how good our burgers and fries are.”

The laser-focused small-business leader has fewer vulnerabilities to defend. The better your focus, the fewer your battlefields. And the greater the depth of your focus, the better and more accurately you’ll be able to plan even long-range strategies.

Because of shortsighted vision, changes in direction, and limited resources, small businesses too often win victories great and small, but don’t fully leverage those opportunities.

Large and even midsize organizations are often described as siloed. Business units often work independently, unaware of what’s going on in the rest of the organization. But as small business forces know, siloed doesn’t only apply to the bigger guys. Business and technology consulting firms are notoriously siloed. Those who deliver services to the government are the guiltiest of all. Consultants often work on long-term contracts in support of a government agency. They’re often dedicated on-site with the client and become entrenched in the culture of that agency. They identify their job with that agency as much or more so than they do with the company that employs them. This is outstanding for the relationship with the customer, but it creates a barrier in the sharing of information, innovations, and lessons learned with the rest of the business. This situation creates inefficiencies and pockets of insular knowledge.

Be firmly fixed on your objectives and the strategies that will lead you to victory, and forsake ancillary activities. This crispness will contribute mightily to strong decision making and reduce mistakes.

By exercising patience and observance, and having enough resources and perspective to wait, perceptive small-business practitioners can detect disorder and clamor among competitors.

This is a concept Sun Tzu visits repeatedly. Stretch your resources while you deplete those of your adversary, and seize the superior position by keeping the competition insecure and on the move. Sun Tzu’s direction for smaller forces is something that all small business leaders should take to heart. By encouraging your adversary to always be in preparation for an attack that may come from you, you keep the competition insecure.

In war and in business, put your energy behind what works and don’t waste precious resources on products and services that have no signs of promise. 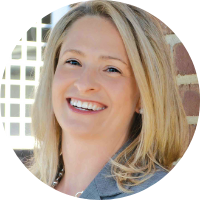 Becky is a business trainer and speaker, martial arts master and author. She's an engaging speaker for corporations and women's business groups, and her half and full day trainings have been highly regarded for transforming the way women approach and live out their careers.