Even the best of companies have likely, at some point, refused to innovate out of fear that it would be little more than a waste of time or money. But, what if there was a tried and true way for you to avoid the stupid mistakes that can come with innovation? Could smart innovation not only be worth the risk but vital to the health of your organization?

If you look at leaders of organizations ranging from global companies to scrappy startups, you’ll find the attitudes toward the Innovation Mandate vary across a wide spectrum.

Most leaders quickly “get it.” They either initiate an organization-wide culture of innovation or they expand and strengthen the one they’ve got. A few others—not many, but enough to notice—raise the objection that much of what they see as “innovation” is in fact quite useless, costly, and provides no real benefit or return on investment. They say that, while engaging in innovation makes some leaders and their employees feel good, it doesn’t pay the bills.

It may surprise you to hear our response: “You’re absolutely right!”

Then, we all can agree with their point to this extent: innovation must be smart.

It must be focused on tangible results that either boost profits or reduce costs. It can’t be just an ego-boosting effort designed to position the organization as an innovator or make the CEO feel self-important when he or she goes to an industry conference.

THE RULE OF RELEVANCE

Innovation must serve a real purpose. We all know the famous saying attributed to Ralph Waldo Emerson, “Build a better mousetrap and the world will beat a path to your door.” Unfortunately, it’s dead wrong. There have been thousands of better mousetraps launched to the marketplace that have failed miserably. But if they were better, then why did they fail? This is an important point: they failed because they weren’t relevant. The good old-fashioned hunk of wood with a spring that whacks the pesky rodent is proven, cheap, and maybe perfect. If you spend time and money trying to innovate a new solution when the existing solution is as good as it gets, you’re probably spinning your wheels.

As we saw earlier in the book [The Innovation Mandate], one of the rules of innovation is this: Just because you can do something new doesn’t mean you have to. Every new idea needs to be evaluated with a critical eye toward its real-life utility. This requires that your culture of innovation has a structure and a goal, and isn’t just a freewheeling atmosphere where time and energy are wasted on ideas that should never have gotten into your innovation pipeline. 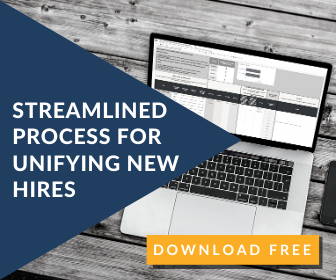 Your Innovation Mandate needs to be smart. Here are the two key identifiers that will tell you if your culture of innovation is smart or stupid. And, no, they don’t make a catchy acronym. We tried to think of one, but it just wasn’t meant to be.

For an innovation to have value, it needs to contribute to your organization fulfilling its mission to your customers. If it doesn’t, it’s either irrelevant or a source of waste. And remember—your customers are the judge of value, not you.

Sometimes it’s not immediately apparent if an innovation succeeds in adding value from the customer’s point of view. Marketing can sometimes make a difference. For example, in 1998, Proctor & Gamble introduced a breakthrough air-freshening product named Febreze. Based on the chemical compound hydroxypropyl beta-cyclodextrin, the spray was highly effective in removing unpleasant odors from the air. Company leaders thought they had a winning product that would disrupt the air freshener market. Thinking logically, they advertised Febreze to consumers they assumed needed it most: people who smoked or had multiple pets.

But after spending millions of dollars, they were perplexed when the product barely moved from the shelves. The miracle deodorizer appeared to have no value to the consumer! Persistent research revealed a surprising fact based on the principle of operant conditioning.

This is the idea that a person’s behavior is influenced by its expected consequence, and that people strive to do things that make them feel rewarded. But P&G researchers discovered that consumers who lived in smelly houses were so desensitized they often didn’t realize it. They had no interest in making their houses smell good.

Desperately looking for answers, company researchers found a few consumers who regularly bought the failing product. They wanted to know why these people bought it. They found one woman who used it regularly, and she let a P&G marketing guy follow her around her house as she cleaned. Her spotless house had no problems with odors, but after cleaning she sprayed Febreze anyway, saying it felt “like a little mini-celebration when I’m done with a room.”

The P&G marketers realized the woman was using Febreze at the end of her cleaning ritual as a reward and a testament to a job well done. For her, that was the value of the product. It was her personal validation that she kept a clean house, not a tool to deodorize a smelly house.

In the summer of 1998, P&G increased the perfume content and reworked the ad campaign to show it being used the way the woman had, with fresh breezes blowing through open windows. Febreze became a pleasant treat, not a reminder that your home smells bad. Within two months, sales doubled, and a year later reached $230 million. In 2011, The Wall Street Journal reported that Febreze had become the twenty-fourth P&G brand to reach $1 billion in annual sales.

While a major product or service breakthroughs, like the rollout of a new personal electronics gadget, will make splashy headlines, it’s steady, daily incremental innovations—often made by frontline employees—that give an organization the sustained growth it needs.

Sustained innovation comes from developing a collective sense of purpose. This comes from unleashing the creativity of people throughout your organization, teaching them how to recognize unconventional opportunities, and supporting their efforts with time and money as necessary.

The commitment to establishing the right workplace conditions for innovation needs to come from the top, both literally, in terms of leader support, and figuratively, in terms of the mission statement of the organization.

We’ve all worked there—at that company that’s stuck in the past. They just want to stick with what works after all. But it’s not working. And it hasn’t been for years. Could it be time for them to let go of the past, and let the ’80s have their products back?

Why do you think it’s so hard for a company to see smart innovation as, well, smart? Is something holding you back from adopting change? Comment below with how you’ve seen innovation either help or hurt a company.“~ HarperCollins Leadership Essentials 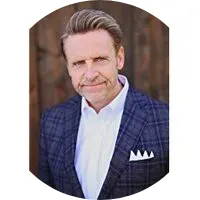 Nicholas Webb is a world-renowned Business Strategist, Bestselling Author and Futurist. As an Inventor, Nicholas invented one of the first wearable technologies, and one of the world's smallest medical implants. He has been awarded over 45 Patents by the US Patent and Trademark Office. Nicholas is the author of The Innovation Playbook, The Digital Innovation Playbook, and What Customers Crave.