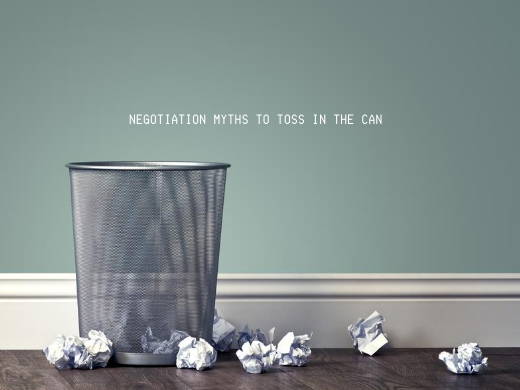 The concept of win-win has been around for decades. It sounds good. Sounds fair. Sounds like good business. Sounds good for relationships. Actually, it sounds like a no brainer!

But does it work? Do people actually reach “win-win” outcomes in business and in personal life?

Unfortunately, the answer is most often “no.” My research has revealed that people routinely fail to capture maximum potential gains in their personal and workplace negotiations.

For example, my simulation studies show that, on average, talented managers leave about 20 percent of potential mutual gains untapped. That’s akin to taking 20 percent of the value of every business deal and dumping it into the trash. So, in a typical $100,000 business deal, about $20,000 goes down the drain.

Negotiation Tips for Unlocking the Creativity of Your Team

The Myths of Workplace Negotiation

Learning how to get to that maximum value can mean the difference between successful and failed relationships, along with the ability or inability to actually enjoy our leisure time or balance our work and personal lives. The good news is that you don’t have to be a licensed clinician to learn successful negotiation strategies and use them to maximize the value of your relationships—something I call finding the “sweet spot.”

1. Compromise until everyone is happy. Nobel Laureate Herb Simon coined the term “satisficing” to refer to situations in which people settle for less-than-optimal outcomes. Satisficing is the opposite of optimizing. When we satisfice, we settle, capitulate, throw in the proverbial towel. Conversely, when we optimize, we leverage all the potential in the relationship in a mutually rewarding fashion. So why do people satisfice instead of optimize?

Managers in every industry are under increasing pressure to make economic gains and negotiate good business deals with their suppliers, customers, clients, and stakeholders. Most of them are able to reach profitable business deals and most of them regard their outcomes to be “win-win.”

The key reason people fail to reach win-win is that they don’t see compromise solutions as failures. If they did, they would be much more likely to abandon their current behaviors and adopt new ones. Thus suboptimal behavior (i.e., satisficing) is self-reinforcing. We think to ourselves, “I must be doing something right, because I reached a deal and made some profit.” Bottom line: We don’t know what we don’t know. This is the “win-win mirage,” a trap that prevents people from finding the sweet spot.

2. We’ll talk it out until we reach an agreement. A cornerstone of typical relationship advice is to engage and interact. Indeed, the strong belief is that when couples stop engaging and stonewall or otherwise give one another the “silent treatment,” this may well be the beginning of the end.

Perhaps no other type of tactic causes more stress and strife in relationships as the silent treatment, which amounts to not speaking to your partner, not looking at your partner—essentially ghosting your partner, even when they’re sitting at the same table as you.

MIT researcher Jared Curhan started to wonder whether too much talk might in some sense blind people from seeing sweet spots right in front of them. That is, engaging in constant communication may prevent us from finding a solution.

negotiations and conflict. Curhan then created interesting role-play scenarios in which he strictly cautioned people to be silent for as long as possible in a negotiation. Most people had a hard time with this because that feels tantamount to “checking out.” However, the same finding emerged: Prolonged silence led to more win-win outcomes. Curhan then dug deeper and found that periods of silence were associated with greater cognitive activity and creative thinking, thereby producing the sweet spot deal.

3. Don’t show your cards. “Keep a poker face.” Virtually everyone in the business world has been admonished to reveal as little as possible to the opposing party. This essentially amounts to keeping a “poker face” by not revealing your interests, pain points, true goals, and emotions. The belief is that if these are exposed, the opponent can and will take advantage of you. Keeping a poker face prevents that, the wisdom goes.

In one study, I essentially forced people to tip their hand because I wanted to know whether revealing information did, in fact, put a negotiator in a position of weakness. The results? Not only was the revealer not taken advantage of, but both of the negotiators created better deals (i.e., more sweet spot agreements) than the control group!

People who revealed important information about their value drivers and rank ordering of the issues created more sweet spot deals than those left to their own devices. Being willing to offer something—key issues, preferences, new terms—leads to better outcomes than playing things with a poker face. What’s more, the simple question “What’s important to you?” is a great conversation starter. 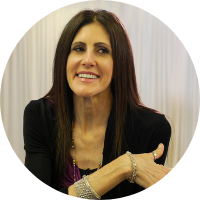 Leigh Thompson is a professor in the Kellogg School of Management at Northwestern University. Her research focuses on negotiation behavior and performance, creativity, and analogical reasoning. She has published more than 134 research articles and chapters in edited books, and has authored 10 books, including Negotiating the Sweet Spot with HarperCollins Leadership.