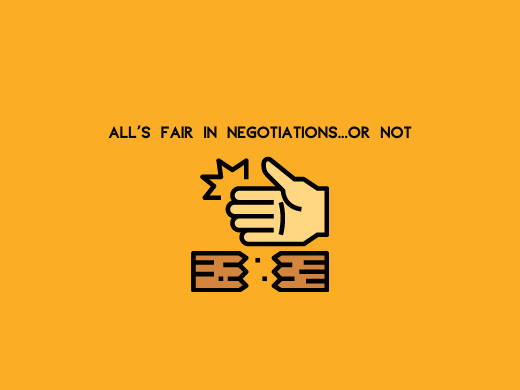 When you do encounter an unfair negotiator who utilizes unethical negotiation tactics, first of all be very cautious.

You never know what trick he or she will try and pull, and any agreement with him or her (yes, women can fight just as dirty as men) will probably not be honored. Unfortunately, the only time you can spot an unfair tactic in martial arts is after it has been employed. Then, all you can do is make note of and watch for it again.

Once in a while you will see a change in pattern or demeanor, which means that something tricky is about to occur, but people who make it a habit of doing these kinds of things are usually pretty good at disguising them.

For pathological liars, there is no twinge of conscience. This doesn’t bother them; it is just part of who they are. Prevarication is as natural for them as breathing.

How to Spot an Unfair Negotiator

In a negotiation, it’s just as hard to spot tricky moves. They are designed to sneak up on you, but sometimes you can see them coming if you know what to look for.

One of the most common signs is vague but palpable nonetheless: that something just doesn’t make sense. The opposition, for example, suddenly seems to be stuck on a small, seemingly inconsequential issue, and you’re wasting an awful lot of time on it—almost as if the other party doesn’t want you to be looking in a different direction at other issues.

Another sign might be an objection coming up out of the blue with absolutely no reason, which disguises the other party’s true intentions. If you see any indication that the person is lying, put your guard up. A little lie about one thing can be a predictor of more lies to come, because it demonstrates the willingness to be dishonest.

Ultimately, the best way to spot an unfair negotiating ploy is to listen to your intuition. If a deal sounds too good to be true, it probably is. If something feels wrong in your gut, stall for time to examine the agreement more closely or simply walk away.

Once you have experienced unfair tactics, you will be able to recognize them the minute they are used again. Most professional negotiators agree that the following tactics are usually unethical.

This is a rather sleazy tactic often seen on police television shows. Two cops are interrogating a person who’s just been arrested. One officer is hostile, excessive, and even scary, while the other one appears reasonable and friendly and makes it look like he’s on the suspect’s side. The theory is that you will spill your guts to the good cop to avoid the threats of the bad cop. Conniving negotiators use this tactic to hoodwink you into making concessions to please the person you like and appease the one you don’t. The problem is, you are making concessions without getting any in return. If you find yourself in a good guy/bad guy situation, the best response is to ignore it.

What to do about it: Recognize this game for what it is, but don’t play along and don’t allow the good cop to influence your decision any more than the bad cop does. The other way to deal with this negotiating ploy is to pretend to play along with the good cop. Go ahead and let him have his way, but not without getting what you want in return. If you are his buddy, he may feel obligated to make concessions to keep your “friendship.”

2. Limited or No Authority

A person using this tactic tells you that she must obtain approval from an unseen higher authority before she can ratify any offer. This is most commonly employed in car sales. The salesperson says she must “run it by the manager,” so she asks you to “make any offer” so she can take it to the higher authority. This forces you to make the first offer, and, as you’ll remember, you can only go up from here. Of course, the manager always says your offer is too low; this way, they keep forcing you to raise your offer without the dealership having to give up anything. Sometimes, this higher authority exists, but often your opponent will create this figure to gain an edge in the negotiation process by claiming there is a manager, when in actuality the opponent has the full authority to make the decision. Either way, it’s unethical because the opponent gets you to put your cards face up on the table while he or she commits to nothing

What to do about it: The easiest way to beat the higher-authority tactic is to assert your authority from the beginning. I simply tell anyone who uses this against me, “I won’t take ‘no’ from someone who can’t say ‘yes.’ ” In other words, if I can’t negotiate directly with the decision maker, I will leave. Another way to counter this tactic is to use the same thing against your opponent. Try responding to any offer by saying, “I have to check with my spouse (friend, CPA, etc.) before I can sign anything,” and watch how fast your opponent’s attitude changes.

It’s not uncommon for the person you are bargaining with to try to get you emotionally involved in the deal. He or she might literally call you names or insult your abilities as a negotiator. The purpose is to move you from the logical side of the brain to the emotional side, where you are more vulnerable and have less access to clarity and reasonable thinking.

What to do about it: Don’t fall for this trick. Whatever the other party says, simply smile, breathe deeply, and recognize it for what it is. Then just ignore it. You also can try the old trick of counting to ten. Anything that gives you time to distance yourself from your emotions will help keep you on an even keel.

The name of this technique comes from foxhunting, where one unscrupulous team drags a smelly dead fish across the fox’s path to throw another team’s dogs off the scent. At the bargaining table, a red herring occurs when one side brings up some minor point to distract the other side from the main issue. This seemingly small issue then becomes a major point of contention for the other party. The intent is to get the person so engrossed in this discussion that the other party can sneak in other subjects that are much more important to them.

What to do about it: You can usually spot a red herring from the following moves: (1) Negotiations become bogged down over some minor issue; (2) your counterpart insists on settling this one thing before he or she will talk about the more important issues; (3) the other person suddenly slips in an unrelated issue; (4) the issue is inserted right in the middle of a discussion to which it has no relevance. If you recognize these four moves, it’s probably the red herring trick, because most people are willing to put aside minor issues to focus on critical subjects. They certainly don’t make them the center of attention when more important topics are still on the table. If they insist on talking about matters that amount to nothing after you have suggested setting them aside, something is fishy. 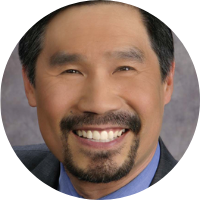