6 Phrases for Dealing with Toxic Coworkers

Most of us complain to our friends or spouses when we’re dealing with toxic coworkers. If they ask, “well, what did you say to them?,” our answer is often, “...nothing.” 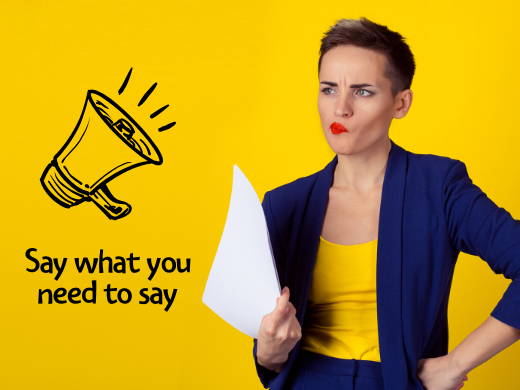 If you’re uncomfortable facing conflict, you’re not alone. Most people feel uncomfortable when dealing with these situations and hope the problem will just go away. The bad news is that ignoring conflict will only aggravate the problem, often to the point where even a minor problem becomes unmanageable.

When you arm yourself with the skills to begin a positive dialogue when faced with conflict; to communicate assertively, confidently, and constructively to uncover the cause of the problem; and to work toward a solution that’s agreeable to everyone, you’ll gain the cooperation and respect of your coworkers and upper management. Further, you’ll be seen as an employee who’s committed to being part of the solution rather than part of the problem.

Begin with “I” Phrases

The number one rule when resolving conflict is never to open a conversation with the word you. Doing so may result in anger, yelling, hurling accusations back and forth, or someone stomping off. The you word is going to immediately put the other person on the defensive.

When you’re having an issue with another person and decide to discuss it with him or her, it’s difficult to have a productive conversation when you lead off with an accusatory statement or one that sounds as though you’re blaming the person for the problem.

When you confront someone who’s done something that bugs you, keep the focus on “I” rather than on “you.” Think about how the person’s behavior made you feel. Open the conversation with an “I” statement describing how the event affected you, and you’ll come across in a more constructive manner. After all: “I’m” the one with the problem. “You” may not even know that what you’re doing that bugs me.

Trying your best to get along with your coworkers is often difficult when they’re bothersome, frustrating, or irritating. By empowering yourself with effective conflict resolution skills, you’ll learn how to deal with other people like bullies, criticizers, and negative Nellies.

Cindy dreaded going to work knowing that she’d have to put up with Diane’s berating, demeaning, and humiliating behavior toward her. Cindy’s job duties included creating invoices for Diane, who was responsible for completing and forwarding them to customers. Often, Diane would berate Cindy for not completing them on time, a claim that was unfounded.

For whatever reason, Diane had singled Cindy out and made her the target of continuous disparagement. Cindy was a good worker, but she wasn’t assertive or able to stick up for herself. She had tried ignoring Diane, hoping she’d stop. When she didn’t, Cindy wished she could be as mean to Diane as Diane was to her, but it wasn’t her nature to treat others in that manner, so she continued to put up with the bullying.

Bullies may hurl insults, display menacing behavior, show their dislike, act out disrespectfully, give dirty looks, or make fun of their target. They may also expect the victim to do their work and complain about how the victim works. In addition, they may overstep their boundaries in the victim’s workspace by rummaging through papers or going through files without permission.

No one deserves to be bullied. And no one should suffer in silence. The most important rule to remember when dealing with a bully is that you need to put a stop to the behavior.

Powerful Phrases to Use with Bullies

Define the problem: “Diane, I don’t know why you feel you have the right to treat me disrespectfully and, frankly, I don’t care. I’ve put up with it long enough, and I need you to stop treating me this way.”

Offer Your best solution: “Going forward, I expect you to treat me respectfully. If you don’t or can’t, then please don’t say anything to me. I don’t deserve to be treated this way, and I’m not going to accept it anymore.”

Apply the following principles when dealing with a bully:

The first time Mark criticized Vince, a new employee, Vince didn’t reply. He figured that Mark was either having a bad day or didn’t know that Vince had only been partially trained. The second time Mark criticized him, Vince apologized and commented that he’d be glad when he received the rest of his training. This morning Mark again lashed out at Vince in front of some of their team members about work he had done, and then loudly asked him: “Why did you do that?” Vince felt the question was derogatory and out of line; he’d had enough of Mark’s criticizing. Vince wondered: Was Mark going to continually take potshots and belittle him just because he wasn’t as experienced?

Whatever the reason for a person’s criticizing, it can be very tiring. In the case of a constant criticizer like Mark, you can either continue to ignore the person, continue to thank the person for his or her opinion, or enter into a conflict resolution conversation.

Powerful Phrases to Use with Criticizers

Define the problem: “If you meant that as a joke, I now have a better understanding of where you were coming from. And, my understanding is that your idea of joking is to call someone out in front of other people.”

Offer your best solution: “Being a new employee and not knowing as much as the rest of you already puts me in an uncomfortable position. But Mark, no one has a right to criticize me like you did, joking or not. I’d like us to agree on how we communicate with each other going forward. Can we agree that in the future I can count on you to speak to me in a more constructive manner?”

How to Deal with Criticizers

Apply the following principles when dealing with a criticizer:

Susan avoided Mike at all costs. Mike was a negative Nelly and Susan, a positive person, couldn’t stand listening to him complain about anything and everything. Whenever she saw him in the hall, she pretended to answer her cell phone. Whenever he walked toward her work station, she picked up the phone and pretended she was making a call. Still, Mike managed to corral Susan whenever she didn’t see him coming. And once he started his complaining, there was no turning off the switch. Susan had learned that making upbeat comments had no effect, so she stopped trying to get Mike to see things from a more positive perspective. Being negative was so ingrained into his personality, that’s all Mike seemed to understand.

Negative people can really bring you down, and rarely, if ever, will you be able to bring them up. For these people, something is always wrong. And to a positive person, that becomes tiring quickly.

The best way to deal with a negative Nelly may be, like Susan, to avoid the person at all costs. But you also know that may prove impossible when it’s a coworker with whom you interact on a daily basis. If you can’t learn to ignore the negativity, then speak to the person. Tell him or her how the negativity affects you. Be prepared to offer specific examples. Empathize with the person, but stress that all that negativity brings you down and you’re not willing to listen to it any longer.

Powerful Phrases to Use with Negative Nellies

Define the problem: Every time you speak to me it’s to complain about one thing or another, and it’s really getting to me. All the complaining brings me down. And I empathize with you that you’d like some things to change around here. I’d like some things to change too. But I don’t think that complaining is going to make things better. In fact, for me complaining makes them worse because I’m focused more on what’s wrong than on what’s right. And there are a lot of things that are right too.”

Offer your best solution: “As I mentioned before, I really do understand where you’re

coming from. And I’m glad that you understand that I don’t want to fill my day with negativity. Can we agree to keep our conversation on neutral topics?”

How to Deal with Negative Nellies

Apply the following principles when dealing with a negative Nelly:

I hate to admit this, but the first time a boss openly criticized me in front of my coworkers, I cried. Not in the middle of the meeting, of course. After I rushed outside our office building and cried enough tears to fill the Nile River, I came back to my desk with puffy eyes and swollen cheeks. Sherrill, who sat adjacent to me, noticed the distress I was in, and asked to talk. I complained, as humans are known to do, however, I never did confront my boss about it. It’s more challenging to confront toxic coworkers than it is to unload on a trusted confidant and then pretend like the event never happened.

As Renée reminded us, this becomes the template for future interactions. I eventually left that job, and not necessarily on a positive note. I like to think that if I had addressed the criticism situation earlier on in my employment that events would have unfolded differently. When have you avoided confronting a toxic coworker, and how did it turn out? Have you ever had success with improving a situation with a coworker following a particularly difficult exchange? Comment below! 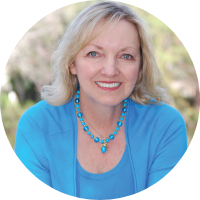 Renée Evenson writes about the 3 Cs: Communication, Conflict Resolution, and Customer Service. Prior to becoming a full time writer, Evenson was a marketing manager for small business accounts at BellSouth Telecommunications.