How to Elevate a Job Interview from Conversation to Connection

“Where do we get prunes from?” I bet you never thought you’d have to answer that question during a job interview.

If you were looking for a job in tech in the 1920s, however, chances are you’d be dreaming of working for Thomas Edison, who is famously known for introducing America to job interviews.

His 146-question test became the blueprint for employers across the country, as it evaluated a candidate’s general knowledge of a wide array of topics including geography, history, and even commerce and trade.

As you can imagine, there were some faults to the test. It was great for capturing what a person knew, but it didn’t get to the core of who a person was.

This is oftentimes more relevant to predicting how a candidate might perform at your company than knowledge and education alone.

Over the years, we’ve revised Edison’s blueprint and developed different types of interviews. Some explore how you might respond in certain job situations (behavioral interviews) while others aim to understand how you have handled specific scenarios in past workplaces (case-based interviews). But we still haven’t perfected it because many interviewers remain focused on the doing rather than the being. 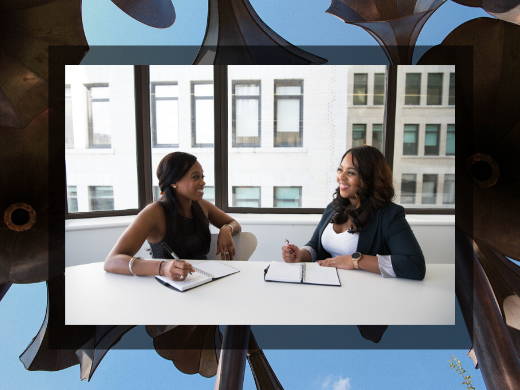 Adrienne Bankert is an Emmy Award-winning journalist and ABC News correspondent with plenty of experience interviewing people from various backgrounds.

In her book, Your Hidden Superpower, she argues that the Q&A format used in traditional job interviews doesn’t allow for conversations, let alone connection.

“Whenever we interview for a job or a board seat for a foundation or a media opportunity, there are two ways to go about it: it can be an interrogation or a conversation,” she says.

Interviewers and interviewees are so caught up in trying to put their best feet forward that they fail to recognize at the end of the day we’re all people who are hardwired to want to know each other’s stories.

But how do you get to these stories in an interview when all parties are nervous of saying the wrong thing? Adrienne proposes 3 ways you can create the best possible chance of connection during an interview.

The following has been excerpted and adapted with permission from Your Hidden Superpower.

I interviewed Ryan Reynolds and his costars Justice Smith and Kathryn Newton in Tokyo to discuss their movie, Pokémon Detective Pikachu.

This was one of those epic shoots where we pack as much fun into two or three days as possible—from Ryan and I making sushi, antics at popular tourist attractions, and interviews that culminated on the red carpet. I was so excited to be in Japan—it was a dream of mine as a kid—and interviewing them for their latest movie about the massively popular Pokémon franchise brought out a childlike giddiness.

That day, I discovered the art of developing a better interview experience for everyone involved.

I have watched plenty of interviews, and I usually can tell when the interviewer is not invested in the subject matter.

For the record, I know when a producer or the person coordinating the interview is not invested either. It becomes a bit of an act at that point, which is truly unfortunate, especially since professional actors can sense bad acting. Many people who have worked in the entertainment industry have taken classes to bring out whatever is on the inside of them, and whatever is on the inside of the audience. After years and years of this, they can be experts on nonverbal communication and body language, and they have been coached to be subtle and to be aware of subtlety.

In a very deliberate, yet delicate way, I initiate conversation at a high level of respect, and my interviewees sense that. When I sit down with a celebrity, I see them as an expert or a genius of their craft who has done something very few people will do in their lifetime. All of this is coursing through my mind ahead of every interview, and it is pouring from me in the way that I ask each question.

I take every interview seriously. There are some questions that you cannot help but ask again because they are crucial to the story of the movie or project. I have learned what is more important is how you ask the questions.

When I interview actors, specifically, I consciously consider how much money was spent on a movie. I think about all the writing, directing, and production of a screenplay. I put myself in the shoes of the crew and staff and imagine the years these actors have taken to reach the point in their careers where they can lead a film. I think about how intelligent and determined different actors are, and how they hear so many rejections before they get to their big break. I consider how the actors might have had some less-than-fun experiences with interviewers and how many times they get asked the same question, over and over again.

This is empathy, the ability to consider and identify with what someone else could be going through and not to make any judgments.

Conversations allow for a friendliness not present in a standard Q&A. Not only do you ask questions of the person across from you, but they start asking you questions. Reciprocity is evidence of shared interest, and interest often comes by empathy, which is imagining what it is like to be in the shoes of the person you are talking to. It leads to much more interesting questions.

Kathryn told me that I asked them questions they usually don’t get asked during interviews.

I have watched the video of our chat numerous times to remind myself of things that were said that were a real encouragement to me! It was not just about getting a good soundbite.

At one point during our interview, Kathryn turned to me and asked, “What’s your dream?” This was kind of her to ask, and proof that the interview was truly a conversation because she reciprocated by being genuinely interested enough in me as a person to ask a question herself.

The hat, so to speak, of the interviewer and interviewee can go away once you truly decide to interact.

It was a fun experience, and it was kind of them and their team to not just get the shot with us and leave. We had a great opportunity to have a chat with substance inside that Robot Restaurant!

What you can learn from meaningful interviews

From our conversation, I learned more about Ryan, Kathyrn, and Justice than you’d find in any tabloid. We talked about who we all were as people and the experiences that shaped us. We talked about…

No matter what kind of interview you are scheduled to have, you will stand out if you do not just go in to perform. Go in with the purpose of making it an enjoyable experience for everyone involved. Your interview will move from conversation to connection when you desire for it to be a mutual win-win. 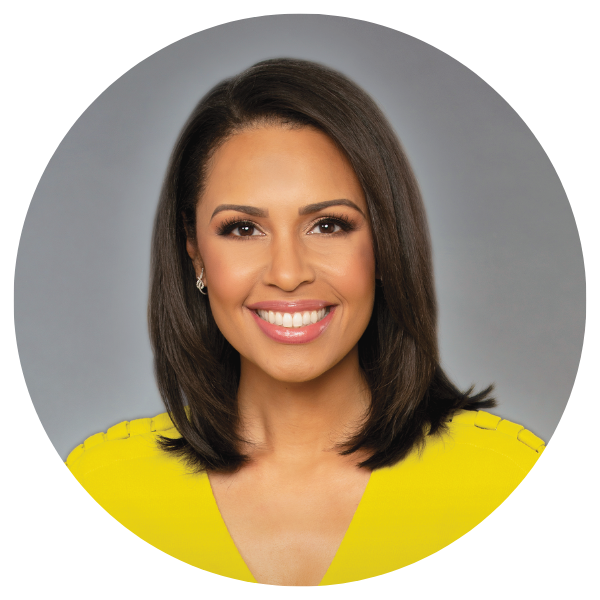 Adrienne Bankert saw firsthand how the power of kindness can work in her career. Uncertain about where she would go next and determined to pursue her dream of being on national TV, she took a chance and landed a Los Angeles reporting job. Just a few months later, that opened the door to the biggest break of her life, landing a job at a major TV network.

Adrienne is now an Emmy Award–winning national news correspondent with ABC News, having won two Emmys for her work as an interviewer, reporter, and weekend entertainment anchor on Good Morning America. She’s known for her versatility and ability to connect while reporting on major headlines.