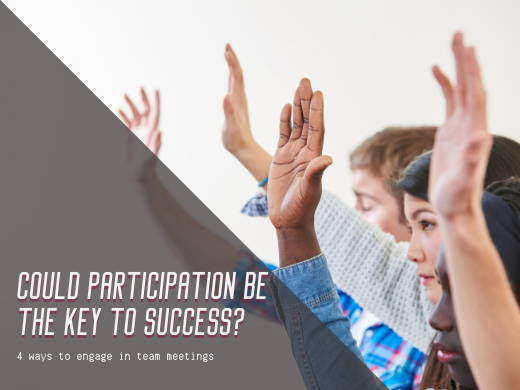 How you participate in a meeting is carefully observed by everyone in attendance—your superiors and subordinates alike.

You are either a participator or a combination of a leader and participator in a meeting. In either case, you have a specific and important role. As a leader you are in the spotlight, but even as a participant you are still being watched all the time.

In observing, conducting, and participating in thousands of meetings over the years, I have witnessed executives who have moved their careers from the slow track to the fast track with the quality of their involvement and engagement in a meeting with their superiors.

Participation in Meetings = Putting Money in the Bank

In one experience, I conducted a three-day strategic planning meeting for the senior executives of a billion-dollar company with branches all over the country. Many of the executives had been with the company for two or three decades.

They took their jobs for granted. They did not prepare, and it was clear that they had not read and reviewed their work in advance of the meeting. 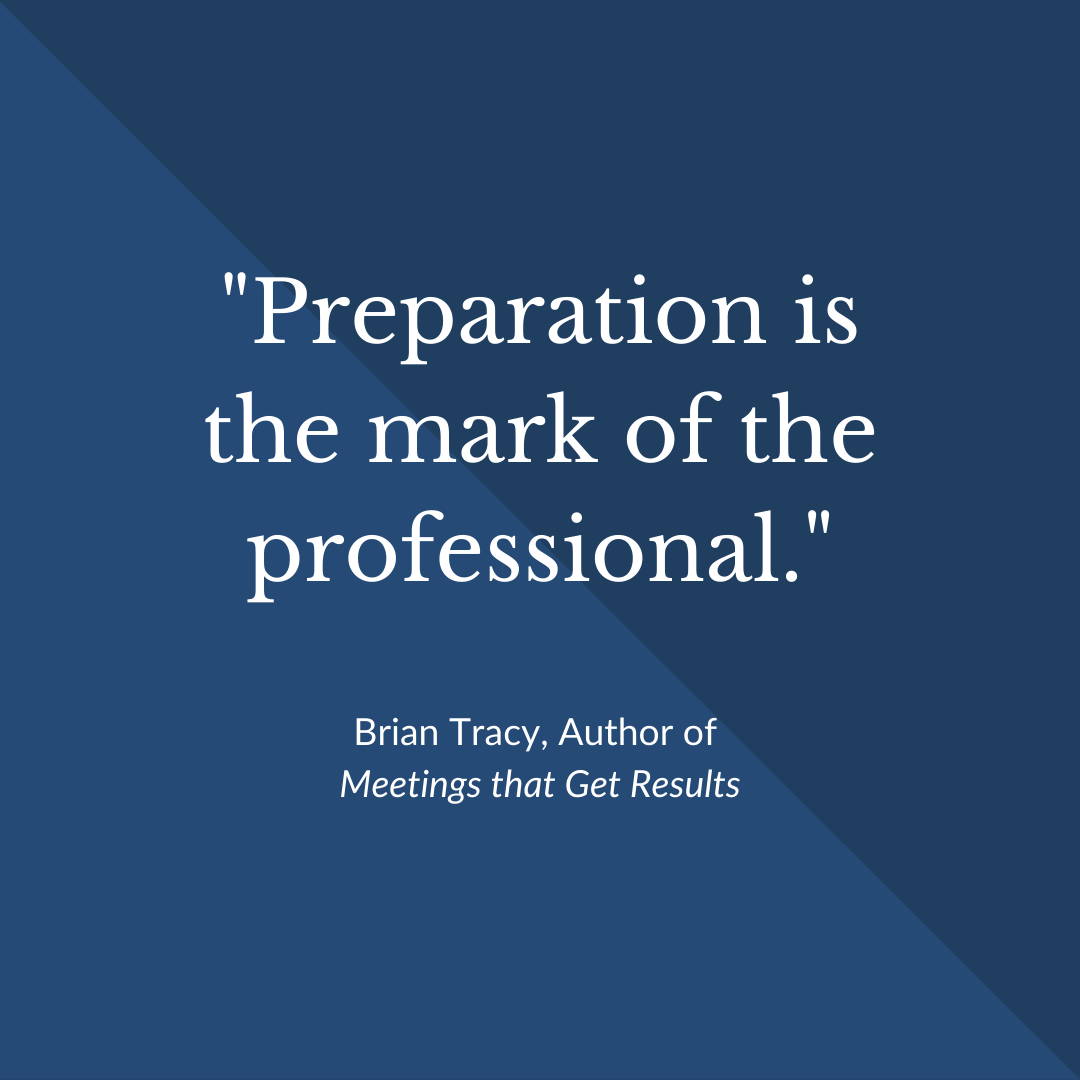 When we went around the table and asked for questions and contributions, they acted as if this sort of thing was a bit beneath their dignity. Meanwhile, there were two executives from operating branches of this organization located more than 1,000 miles from head office. These two managers, however, were extremely well prepared.

They had done their homework. They had comments, observations, and suggestions on every point, for the entire three days.

It was clear to everyone in the room that these men were smart, knowledgeable, and took their responsibilities seriously.

After each session, I would walk in the hotel gardens with the president of the company, commenting and discussing what was going on in the meeting and the contributions that each of the executives was making. The president was disappointed, although not surprised, with the poor participation of the more senior executives. But at the same time, he was amazed and delighted with the energy and intelligence of the two younger managers. Two weeks after this strategic planning session, which clarified the values, goals, and plans for the future of the company, the photos and biographies of those two executives appeared in the national newspapers with the announcements that they had both been promoted to vice presidential positions in this company.

They advanced their careers by as much as five or ten years because of their effective meeting participation. Not long after, the “retirement” of several of the older executives was also announced, which came as no surprise to the people at the meeting.

4 Ways to Participate in a Meeting

Do Your Homework. The key to effective participation in meetings, as in every other area, is detailed preparation in anticipation of the meeting. Do your research and your homework. Make it obvious to others that you are ready for this meeting—perhaps more ready than anyone else. Preparation is the mark of the professional. The person chairing the meeting, who is often someone who can have a great influence on your future, really appreciates it when you come prepared to deal intelligently with the agenda items. On the other hand, if you have not done your homework, it is immediately obvious to everyone. This unpreparedness is often felt as an insult to the meeting planner and the meeting leader.

Speak Up Early. The first five minutes are critical. People who get involved in the meeting within the first five minutes seem to have the greatest influence on the outcome of the meeting. The best way to establish that you are a valuable member of the group is not by making comments or statements, but by asking intelligent questions of the meeting leader or the other people who are reporting in their areas of activity. If you wait for fifteen or twenty minutes to speak up or to get involved, your influence on the rest of the meeting drops by half. If you only get involved in the last part of a meeting, you will have almost no influence on what is decided, except to the degree to which you have power and authority within the corporate hierarchy. People will simply ignore you. In the first five minutes, you should ask a question, make a positive statement, or support what someone else is saying.

Have Something to Contribute. When I conduct staff meetings and some of the group members sit there silently, contributing little, I point out to them an important fact: “Those who do not contribute to a meeting are considered to be people who have nothing to contribute. Those who do not say anything at a meeting are considered to be those who have nothing of value to say.” Whenever I point this out to the quiet members of the group, they immediately arouse themselves and begin commenting or asking questions. No one wants to be seen as a useless or irrelevant person in front of their peers.

Be an Active Participant. Be a player. Use body language. Lean forward, smile, nod, and encourage others when they are speaking. Pay close attention to the person who is speaking, take notes, and make eye contact. Make it clear that this meeting is really important to you. When you do, you compliment the meeting leader, identify yourself as a person of importance, and contribute value to the other attendees. Potential leaders are often identified by the way they perform in meetings. Sometimes your performance in a meeting will bring you to the attention of a key person and open up new opportunities for added responsibilities and assignments.

Excerpted with permission from Meetings that Get Results by Brian Tracy, copyright Brian Tracy. 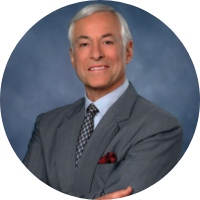 Brian Tracy is Chairman and CEO of Brian Tracy International, a company specializing in the training and development of individuals and organizations. Brian's goal is to help you achieve your personal and business goals faster and easier than you ever imagined.