Bias Lists: A Tool for Interviewers to Ensure Diversity in the Workplace

The word "bias" has negative connotations. We immediately think of the most controversial biases, such as race, gender, sexual orientation, and religion.

In organizations that are tackling diversity in the workplace with earnest, the question about bias has shifted from whether it exists to discovering the best way to minimize it.

Research shows that addressing issues of identity in the workplace requires dedicated effort and a multi-pronged strategy. A critical part of that strategy is interview practices. Interviewers are the gatekeepers: If you can’t bring diverse talent into your organization, you won’t have anyone to benefit from the retention and performance strategies proven to be effective.

It would be naïve to believe we can completely eliminate all bias. Some research even suggests, though with mixed results, that the more we try to suppress a thought, the more likely it is to rebound later. That isn’t how our brains work, so elimination isn’t the goal. The goal is to recognize bias, control it, and minimize its ability to negatively affect outcomes.

In practice, biases fall into two categories: the ones people will admit to, and those they won’t. The biases in that second category tend to include race, gender, sexual orientation, religion, etc. Unconscious or not, the larger problem is those beliefs are rarely discussed. Yet the biases that spring from them lurk in our minds during the interview, quietly impacting our decisions. They become unspoken criteria that wedge between who the candidate is and who we think they are.

Your goal isn’t to suddenly shift everyone’s unspoken beliefs through a set of interview practices. Your goal is to make them aware of how their beliefs can negatively impact their behavior and how increased self-awareness makes them better decision makers. You won’t get far if you start with a discussion about their most controversial biases. Instead, leverage the research that shows an effective approach to managing bias is to tap into people’s desire to be fair-minded.

To get there, start simple by explaining that bias isn’t a dirty word defined exclusively by racism, sexism, homophobia, or the like. Rather, bias has its roots in the cognitive strategy of categorizing the world around us. When you talk about tackling bias, start with the dictionary definition:

a preference for one thing over another, especially an unfair one; a partiality that prevents objective consideration of an issue or situation 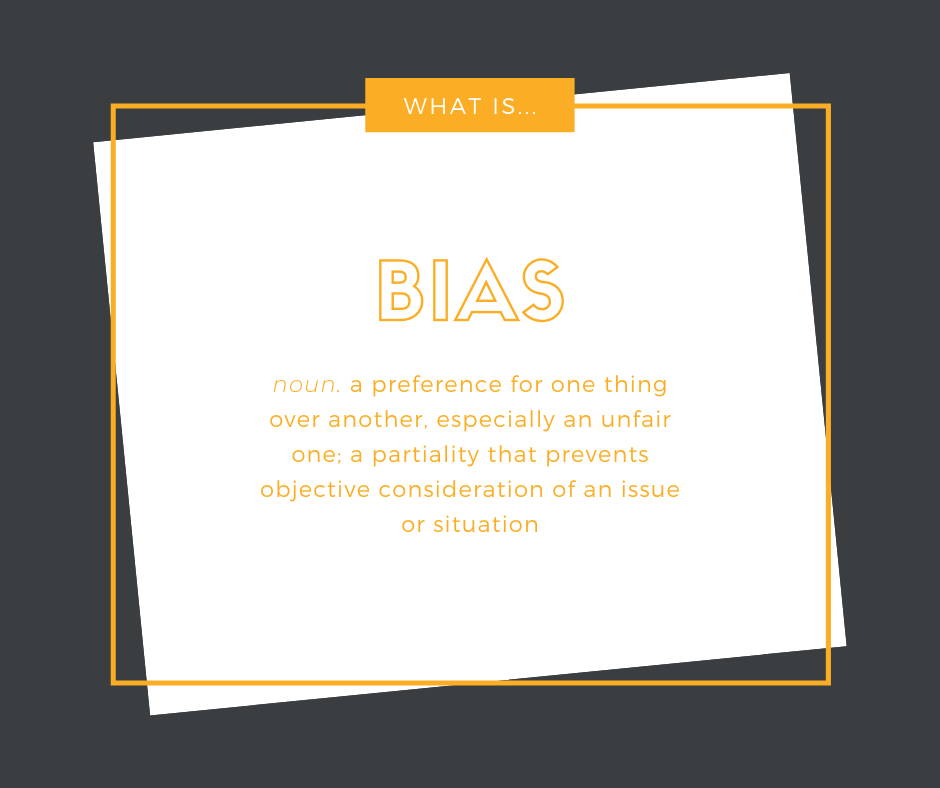 A bias is just a tendency to believe some categories of things (people, ideas, products, etc.) are better or worse than others. Synonyms for bias include “non-objectivity,” “partiality,” and “one-sidedness.”

Whether a bias is helpful or hurtful depends on whether the underlying belief is relevant or not. It is important for people to understand the concept before layering in the societal beliefs that can make it harder for people to accept their own role in perpetuating those same beliefs. Gaining this understanding helps us approach our own potential biases in a more informed and open way.

The first step toward controlling biases and promoting greater diversity in the workplace is to think about what your biases might be and write them down into a Bias List. To increase the odds of accurately assessing someone else, you must recognize the triggers of certain emotions, assumptions, and reactions in you. Putting thoughts in writing is a powerful way to make your thinking concrete. This mechanism for capturing the “unspoken criteria” makes it easier to manage. It allows you to compare your biases against the actual criteria needed for the job.

As with first impressions, the point is not to immediately view biases as wrong but to stop them from hijacking your decisions before you have a chance to determine if they should be part of your criteria. Self-awareness takes time and you generally only notice your own quirks when they occur in the moment. A way to effectively and gradually identify these is to start actively paying attention to your judgments upon first meeting people—anyone, not just candidates—and then logging them.

Once you’ve started the practice of creating a bias list for your personal use, consider supercharging the practice by sharing the bias list with a co-interviewer. Most of the biases people will openly share won’t be the deepest, most controversial ones. What you want as a first step is the basic understanding and acknowledgment that our minds make decisions quickly based on inputs that we aren’t aware of, according to Amos Tversky and Daniel Kahneman. The more complicated discussions can get layered in over time as trust grows, comfort with vulnerability increases, and the practices are bought into.

If you are doing this with a group of interviewers, have them discuss their bias list with each other the day before interviewing anyone. During the interview, nothing explicit is done with the bias list other than each interviewer having their own heightened awareness. It is after the interview, when interviewers are debriefing the candidate, that they must hold each other accountable. They must be willing to share their biases and call each other out if needed.

Admitting a potential bias isn’t easy. Acknowledging that an interviewer may have picked up on something increases the odds they will be open to sharing again in the future.

Acknowledging the bias doesn’t mean it is accurate; it means the person has beliefs. It creates an environment in which people will begin to speak more openly. Once biases are openly aired, the team can discuss whether others had the same reaction and whether the issue matters for the role in question. That doesn’t mean you’ll automatically change your decisions. It just means that you’ve taken the time to determine if the inputs to the decision are relevant and whether they reflect reality or perception.

It is likely the word “bias” will meet resistance by some people. It has become a buzzword almost solely associated with diversity efforts. Know your audience. If this is the case, replace “bias” with “assumptions” or “automatic thinking.” If you’ve used any of Daniel Kahneman’s research, use “system 1 thinking.” The goal is to get people to understand how their minds work. If the term you use creates resistance, use a different one.

By reducing biases of any kind, we tap into our desire to be fair minded and good people. People may not acknowledge their societal biases, but practices such as these make it harder to deny them and those benefits extend to candidates who are historically the most impacted.

Chaka’s Recommended Resources: Studies for Practicing Diversity in the Workplace 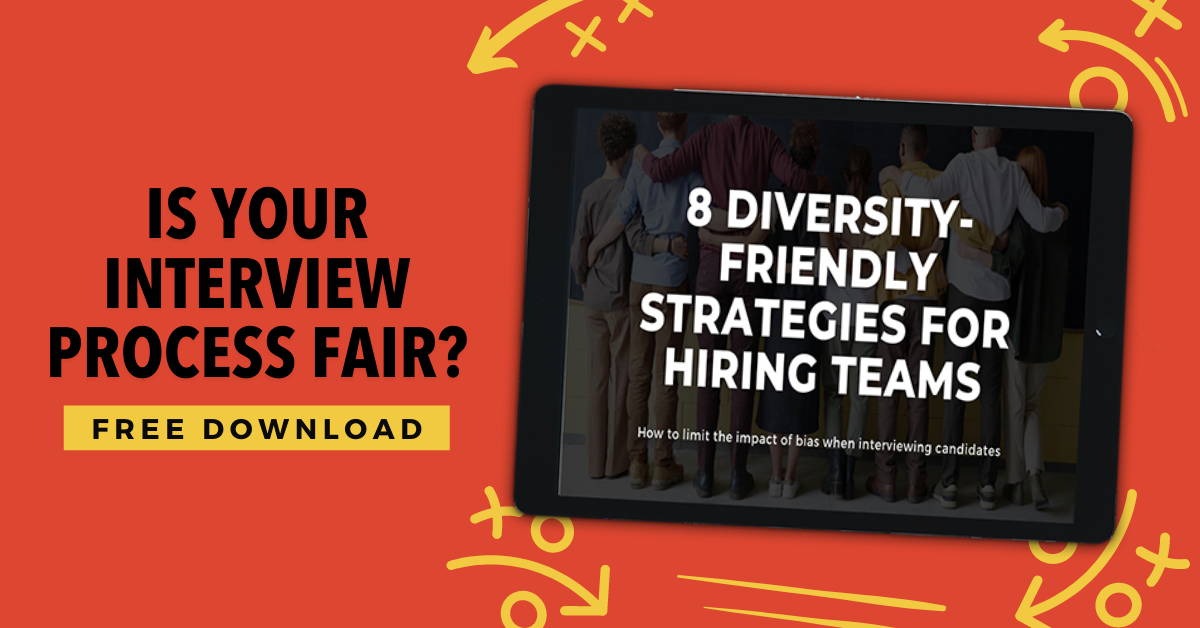 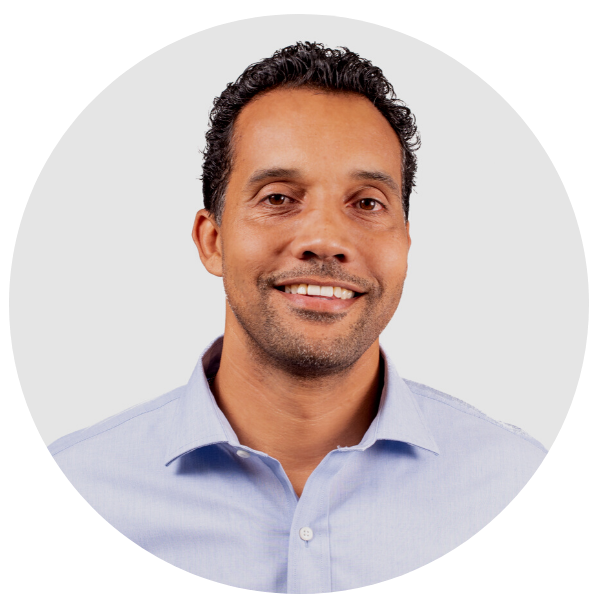 Chaka Booker is a managing director for The Broad Center. The center, founded by billionaire philanthropist Eli Broad, is a national non-profit focused on leadership development. For over a decade, Chaka has recruited, assessed, trained, coached and developed talented professionals from across the country - and has learned as much from them as they have learned from him.